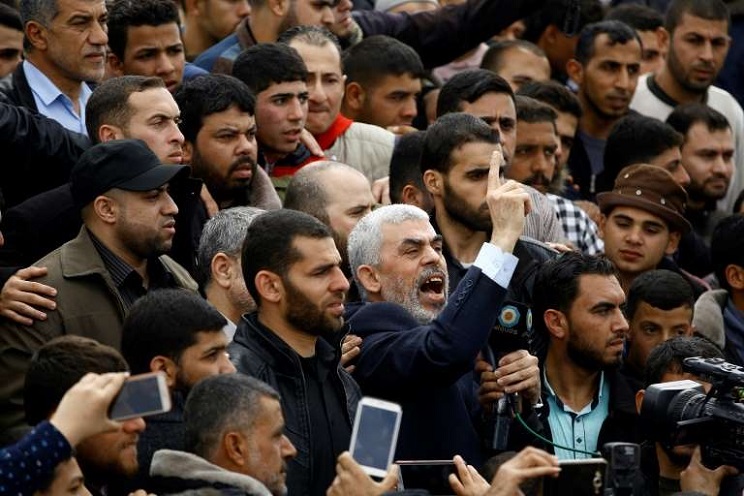 Yahya Sinwar was re-elected Wednesday as the head of Hamas’s political wing in Gaza, extending his tenure as the Islamist movement’s de facto leader in the Israeli-blockaded Palestinian enclave.
Hamas overall chief Ismail Haniyeh, currently based in Qatar, congratulated Sinwar and said the election marked “a victory” for the Islamist group which has controlled Gaza since 2007.
Sinwar, a former commander of Hamas’s military branch, served more than two decades in an Israeli jail before he was released in 2011 as a part of a prisoner exchange.
First elected to the post in 2017, he faced four challengers this time, including Nizar Awadallah, the former head of Hamas’s advisory Shura Council.
Haniyeh added that the movement’s smooth internal election process showed Hamas’s “seriousness” ahead of Palestinian legislative polls set for May 22 and a presidential election on July 31, the first Palestinian votes in 15 years.
“The movement’s commitment to (internal) elections every four years confirms our deep faith in the principle of rotating power,” Haniyeh said in a statement.
Hamas will be a key player in the Palestinian vote, along with the Fatah movement led by Palestinian president Mahmud Abbas. Fatah controls the Israeli-occupied West Bank.
79
Share