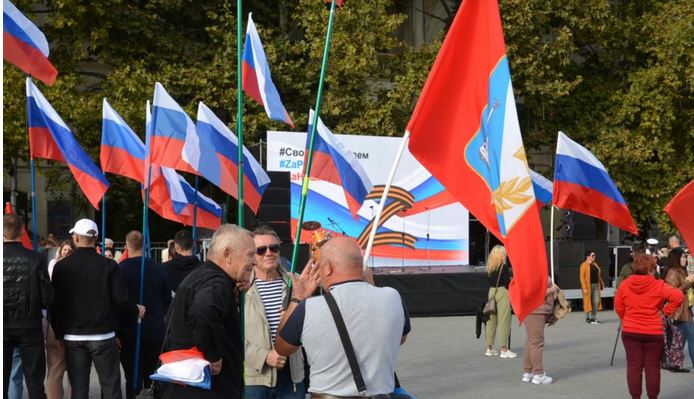 Kremlin-held regions of eastern and southern Ukraine entered the second day of voting to become part of Russia on Saturday, in referendums dismissed as a “sham” by US President Joe Biden.

The voting on whether Russia should annex four regions of Ukraine started Friday, dramatically raising the stakes seven months after Moscow’s troops invaded.

The same day polling got under way, UN and Ukrainian officials revealed what they said was more evidence of Russian “war crimes” – including executions and torture, reports AFP.

“Russia’s referenda are a sham – a false pretext to try to annex parts of Ukraine by force in flagrant violation of international law,” Biden said.

“We will work with our allies and partners to impose additional swift and severe economic costs on Russia.”

It even prompted a reaction from Beijing, Moscow’s closest ally since the war began in February.

Chinese Foreign Minister Wang Yi — in comments made to his Ukrainian counterpart Dmytro Kuleba at the UN General Assembly Friday — said the “sovereignty and territorial integrity of all countries must be respected”.

Ukrainian forces said they were clawing back territory from Moscow-backed separatists in the very lands Russia wants to assimilate.