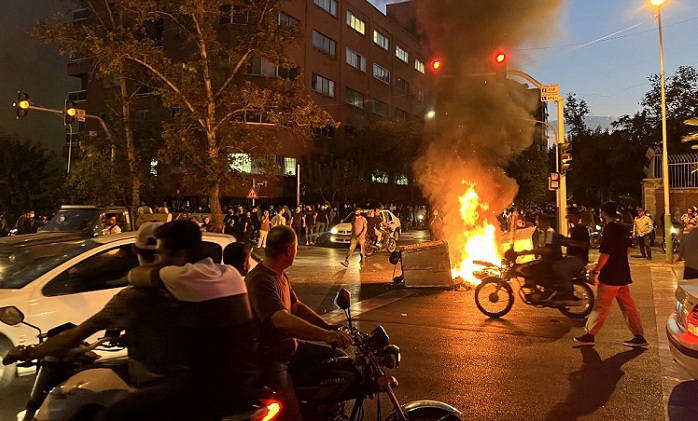 At least 50 people have been killed in a crackdown by the Iranian security forces on protests that erupted following the death of Mahsa Amini while in the custody of the morality police, an NGO said on Friday, reports AFP.

The Oslo-based Iran Human Rights (IHR) NGO said the rise in the toll came after six people were killed by fire from the security forces in the town of Rezvanshahr in the northern Gilan province on Thursday night. Other deaths were recorded in Babol and Amol, also in northern Iran.

There had been protests in some 80 cities and other urban centers since the demonstrations started one week ago, it added.

Angry demonstrators have taken to the streets of major cities across Iran, including the capital Tehran, for eight straight nights since the death of 22-year-old Mahsa Amini.

The Kurdish woman was pronounced dead after spending three days in a coma following her arrest by Iran’s feared morality police for wearing the hijab headscarf in an “improper” way.

Protests were held around the Islamic republic on Friday, with online videos showing some turning violent in Tehran and other major cities including Tabriz. Rights groups have also pointed to deaths in the northern Kurdistan region where Amini was from.