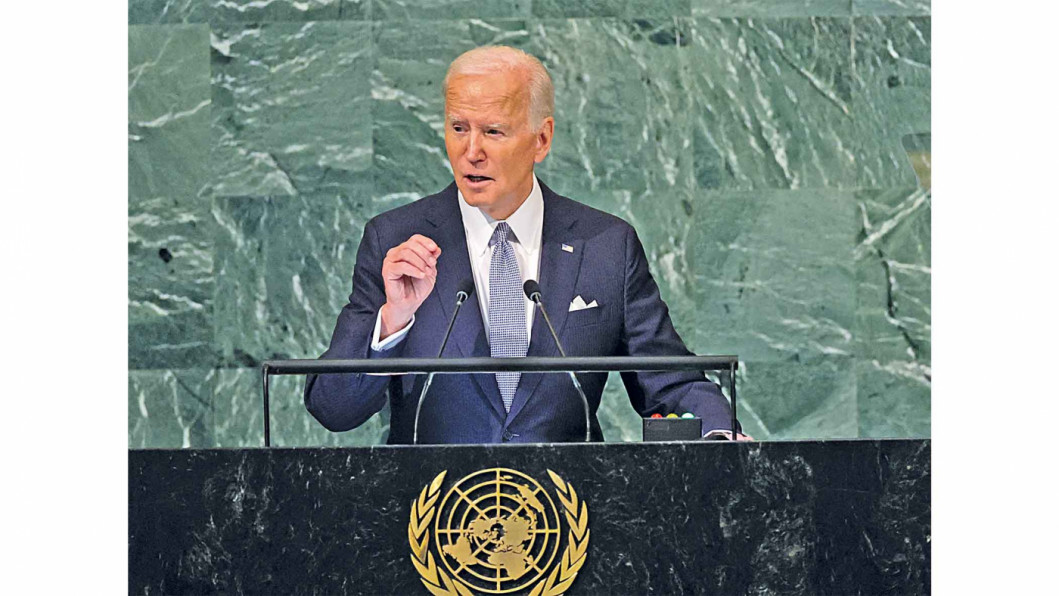 The United States is determined to promote its vision of global freedom and prosperity but does not seek “conflict” with rival China or a new Cold War, President Joe Biden told the United Nations yesterday.

Washington will not call on countries to “choose” between US and other partners, Biden stressed, though “the United States will be unabashed in promoting our vision of a free, open, secure and prosperous world.”

Biden said that Washington supports the expansion of the UN Security Council to better represent areas including Africa and Latin America.

“The United States supports increasing the number of both permanent and non-permanent representatives of the council,” Biden told the UN General Assembly.

The US President tore into Vladimir Putin as he addressed the United Nations, saying the Russian leader “shamelessly violated” the UN Charter when he invaded neighbor Ukraine.

“Russia has shamelessly violated the core tenets of the United Nations Charter,” Biden said as he addressed the UN General Assembly.

He said Moscow was making “irresponsible” threats to use nuclear weapons.