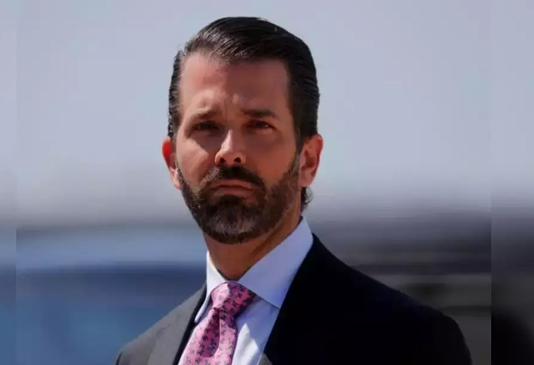 US President Donald Trump’s eldest son Donald Trump Jr has tested positive for Covid-19 and has been quarantining without symptoms, a spokesman said Friday.

“Don tested positive at the start of the week and has been quarantining out at his cabin since the result,” his spokesman said.

“He’s been completely asymptomatic so far and is following all medically recommended COVID-19 guidelines,” the spokesman said of the 42-year-old, reports AFP.

Trump Jr’s positive test follows infections for a list of others connected to the White House, including his father, the president’s wife Melania and Trump’s youngest son Barron.

Trump’s administration has been heavily criticized for its response to the pandemic, while the president himself has repeatedly downplayed the danger of the virus.

Current US numbers — more than a quarter of a million deaths have been reported — have alarmed authorities enough to advise that people stay home for next week’s Thanksgiving holiday, when Americans usually travel to be with their families.

There was however a new sign of hope on Friday as US biotech giant Pfizer and German partner BioNTech sought approval to roll out their coronavirus vaccine early.
33
Share