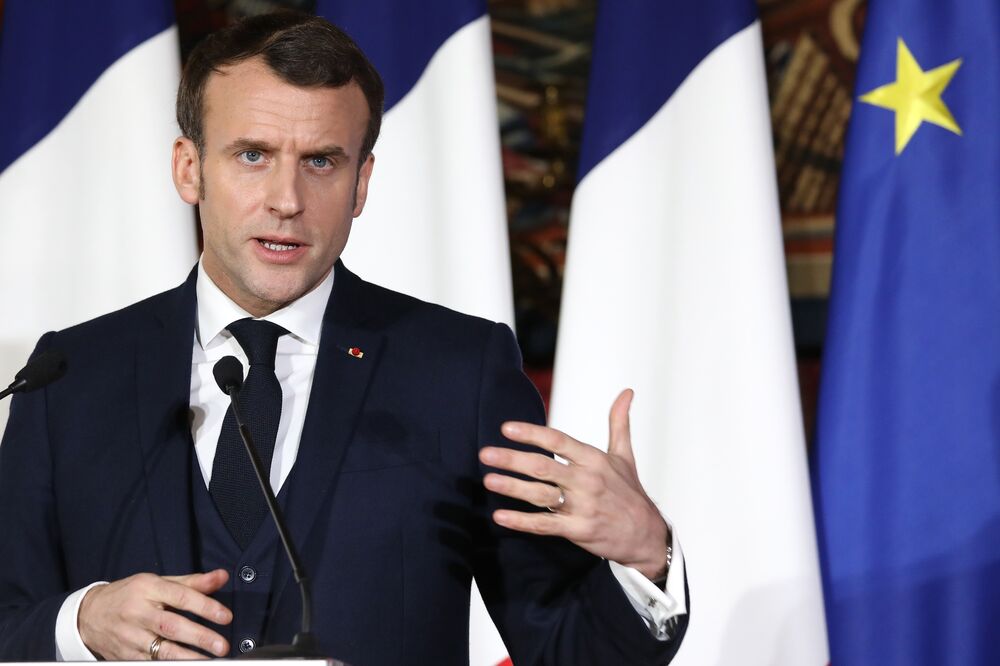 French President Emmanuel Macron has asked Muslim leaders to accept a “charter of republican values”.
On Wednesday he gave the French Council of the Muslim Faith (CFCM) a 15-day ultimatum to accept the charter, BBC reports.
The CFCM has agreed to create a National Council of Imams, which will reportedly issue imams with official accreditation which could be withdrawn.
The charter will state that Islam is a religion and not a political movement, while also prohibiting “foreign interference” in Muslim groups.
Macron has strongly defended French secularism in the wake of the attacks, which included the beheading of a teacher who showed cartoons of the Prophet Muhammad (pbuh) during a class discussion last month.
Late on Wednesday, the president and his interior minister, Gérald Darmanin, met eight CFCM leaders at the Élysée palace.
“Two principles will be inscribed in black and white [in the charter]: the rejection of political Islam and any foreign interference,” one source told the Le Parisien newspaper after the meeting.
The measures include such as:
Restrictions on home-schooling and harsher punishments for those who intimidate public officials on religious grounds
Giving children an identification number under the law that would be used to ensure they are attending school. Parents who break the law could face up to six months in jail as well as large fines
A ban on sharing the personal information of a person in a way that allows them to be located by people who want to harm them
The draft law will be discussed by the French cabinet on 9 December.
91
Share

Janhvi Kapoor to step into Nayanthara’s shoes in the…

Birthday girl Raashi Khanna in saree that will make you say…

Coronavirus infection rising due to over-confidence among…

When Genelia D’Souza was told ‘your career is…

Chunky Panday reveals why he chose not to be with daughter…

Trump ‘considering to announce 2024 campaign on the…