Deciding what to buy while going through a menu is always a task. And it is never easy, especially when you’re famished. Bollywood actor Hrithik Roshan also apparently goes through the same feeling while browzing through a menu. In his recent post, the actor shared a photo of himself sitting comfortably in his plush sea-view bungalow and looking at his laptop screen.

Sporting an intense look, Hrithik instantly cleared the air in his caption that it is only because he was missing his samosas (a fried or baked pastry with a spiced potato filling) and was scouting for the perfect menu as he takes his food very seriously. He wrote, “Don’t be fooled by the serious face. It’s a menu. #itakemyfoodveryseriously #missinmysamosas.”

Several celebs including his dad and filmmaker Rakesh Roshan, his War co-star Tiger Shroff, Preity Zinta, Hima Qureshi and others took to the comment section and dropping laughing out loud emojis. While Preity shared that she also goes through the same ordeal while reading the menu, Tiger simply couldn’t stop laughing. 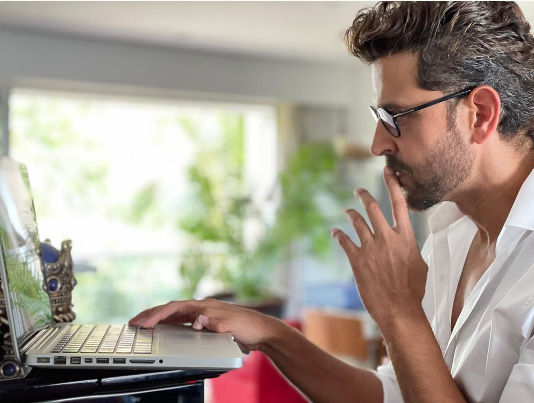 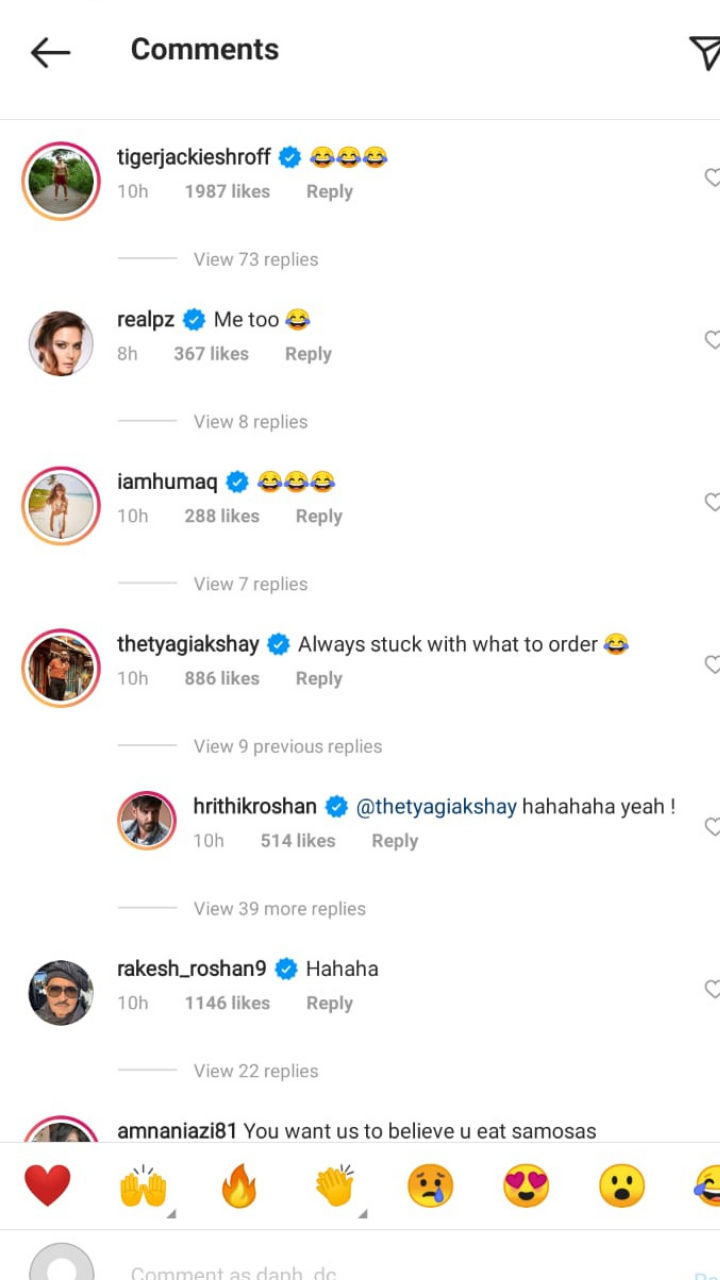 Hrithik is known for his love for samosas. While he was promoting his last action film on the sets of The Kapil Sharma Show, host Kapil Sharma brought out a plate of samosas for him and the actor couldn’t say no. He had been on a diet for a while since he as shooting for War but apparently had his first cheat meal on the reality comedy show.