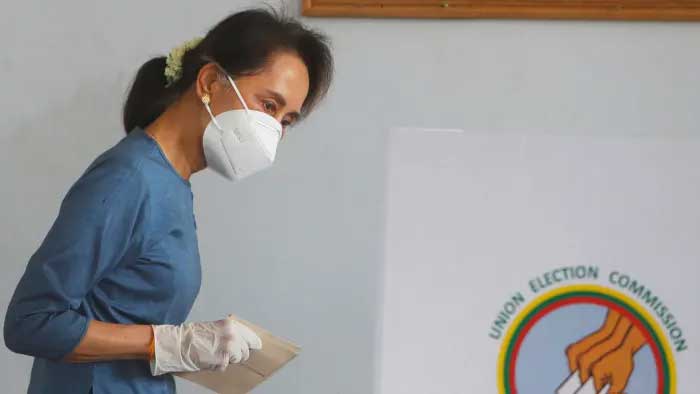 Myanmar’s citizens go to the polls Sunday in an effort to sustain the fledgling democracy they helped install just five years ago.

There are about 37 million registered voters, though turnout is expected to suffer because of a recent surge in coronavirus cases.

In 2015, excitement was high over the opportunity to end more than five decades of army-directed rule. The National League of Democracy party of Nobel Peace Prize laureate Aung San Suu Kyi roared to a landslide election victory, and she became her country’s leader after many hard years at the forefront of a non-violent struggle against military dictatorships that won international admiration.

This year, her party is expected to again top the polls, but some critics feel her administration has failed to embrace democratic principles.

Chances for real reform were always dicey, as the 2008 constitution drafted under the military assures it of enough seats in parliament to block charter changes. Key ministries are also under the control of the military.

Critics accuse 75-year-old Suu Kyi and her party of being more concerned about entrenching itself in power than encouraging a broad-based democracy.

“This time, neither Aung San Suu Kyi nor her party is bringing democracy to Myanmar. Instead, they are trying to bring in a one-party democracy system,” charged Khin Zaw Win, director of the Tampadipa Institute, a Yangon-based policy advocacy group.

Enfeebling other parties has meant there has been little real debate about policies during the campaign. Myanmar needs a better political mix, he said.

Even the voting process has become enmeshed in controversy, as the state election commission has been accused of conniving with Suu Kyi’s ruling party by canceling voting in some areas where parties critical of the government were certain to win seats.