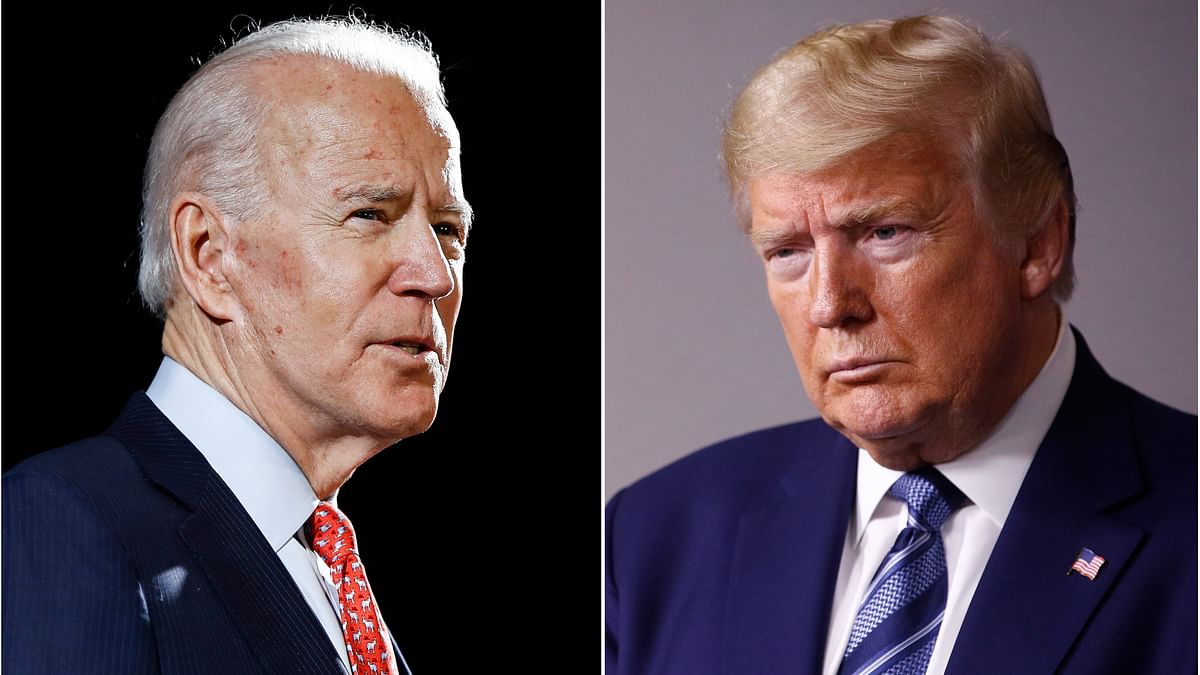 Joe Biden has taken a narrow lead in a key state in the fight for the White House, as Donald Trump doubled down on unsubstantiated claims his political opponents are trying to rig and steal the US election, reports skynews.com.

As votes continue to be counted in Georgia, Mr Biden is now leading in the normally-Republican state by 1,096 votes.

The pair are in a statistical dead heat in the state, locked on 49.4% each.

Under state law, if the margin between the two candidates is under half a percentage point, a recount can be requested.

The development comes after Mr Trump made his first public appearance for 36 hours.

The president said “we can’t allow anyone to silence our voters and manufacture results” – but declined to offer any evidence for his allegations of corruption and wide-scale ballot tampering.

He insisted during a White House speech that “if you count the legal votes, I easily win”, despite no victor having been announced yet and Joe Biden leading in both the Electoral College and the popular vote.

Several US news networks stopped broadcasting the president’s address after he shared unfounded claims of fraud in states where Mr Biden is eating into his lead.

ABC, NBC, MSNBC, CBS and USA Today were among the broadcasters who cut away from the event before it finished.

Earlier, Mr Biden declared “each ballot must be counted” and urged people to “stay calm” because “the process is working”.

He said he felt “very good about where we stand”, adding he had “no doubt” he will be declared the winner.

It comes as five nail-biting races in battleground states remain too close to call after many hours of counting.

Mr Biden is just 17 Electoral College votes short of the 270 either candidate needs to clinch the White House.