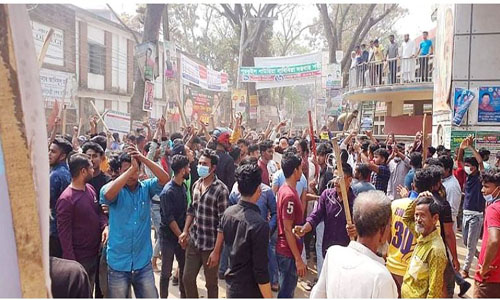 Ten motorcycles were also vandalised during the clash that took place on a road in front of the upazila parishad premises around 11:30am.
Witnesses said, the clash ensued between the supporters of incumbent Kasba pourasava mayor Emran Uddin Jewel and mayoral candidate MA Aziz outside the upazila parishad hall room when the minister was attending a smart card distribution programme.

During the clash, minister Anisul Huq left the place.