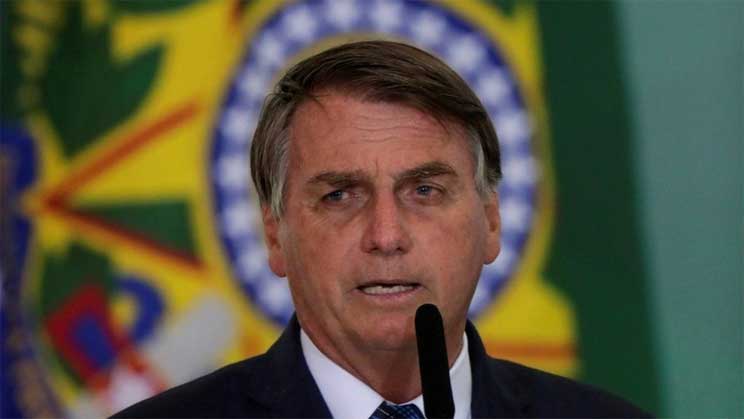 President Jair Bolsonaro has told Brazilians to “stop whining” about Covid-19, as he criticised measures to curb the virus despite a surge in cases and deaths.

His comments came a day after Brazil saw a record rise in deaths over a 24-hour period.

Brazil is facing its worst phase of the pandemic yet, leaving its health system in crisis.

In response some cities and states have imposed their own restrictions.

Brazil’s health ministry says more than 260,000 people have died with Covid-19, the second-highest pandemic death toll in the world after the US.

On Thursday, another 1,699 deaths were added to that tally, a slight decrease on Wednesday’s record 1,910. Meanwhile, a further 75,102 cases of coronavirus were reported, the second-highest daily rise on record.

The explosion of cases has been attributed to the spread of a highly contagious variant of the virus thought to have originated in the Amazon city of Manaus.

Yet on Thursday Mr Bolsonaro continued to downplay the threat posed by the virus.

“Stop whining. How long are you going to keep crying about it?” Mr Bolsonaro said at an event. “How much longer will you stay at home and close everything? No one can stand it anymore. We regret the deaths, again, but we need a solution.”

What reaction has there been to President Bolsonaro’s comments?
The comments were met with a furious response from São Paulo’s governor, João Doria, who has been particularly scathing of Mr Bolsonaro’s handling of the pandemic.

Speaking to the BBC, Mr Doria called President Bolsonaro “a crazy guy” for attacking “governors and mayors who want to buy vaccines and help the country to end this pandemic”.

“How can we face the problem, seeing people die every day? The health system in Brazil is on the verge of collapse,” Mr Doria said.

President Bolsonaro has consistently opposed quarantine measures introduced by governors, arguing that the collateral damage to the economy will be worse than the effects of the virus itself.

“Unfortunately, Brazil has to fight, at this moment, two viruses: the coronavirus and Bolsonaro virus. This is a sadness for the Brazilians,” Mr Doria said.