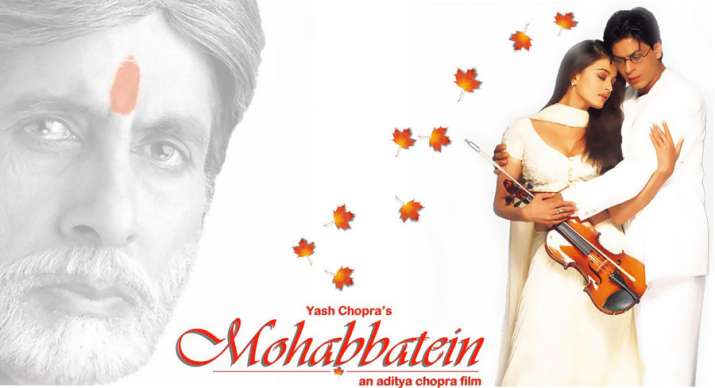 Shah Rukh Khan, on Tuesday evening, conducted an #AskSRK session of Twitter. The superstar once again proved why he is called the king of hearts with his response to a question related to his wife Gauri Khan. When SRK was asked as to what he had gifted to his wife on their 29th wedding anniversary on October 25, his response was, “What gift can I give to the biggest gift in my life?”

If that was not all, SRK even went on to tweet an audio of him saying the iconic Mohabattein lines, “Ek ladki this deewani si…” Wondering what made SRK say the romantic lines from the 2000 film all of a sudden? Well, Tuesday marked the 20th anniversary of the Aditya Chopra directorial and the superstar decided to treat his fans to the beautiful rendition. Yes, it has been 20 years since the film released.

As the superstar shared the audio, he wrote on Twitter, “Pyaar aise hota hai…saying the lines once again after 20 yrs, still remember how in a small studio had recorded the same with Adi breathing down my neck & Yashji loving it. Sudden nostalgia. @yrf #Mohabbatein20 #AdityaChopra”

It’s been a while since we last saw SRK on the silver screen. His last cinematic outing was with Aanand L Rai’s Zero, which released on Christmas 2018. The romantic drama, despite strong buzz surrounding it, had turned out to be a disaster at the box office, finishing its lifetime run with collection of about Rs 90 crore. Co-starring Katrina Kaif and Anushka Sharma, the film was panned by film critics and the audience alike.

Shah Rukh, if reports are to be believed, will be back on sets after a long hiatus for Siddharth Anand’s Pathan. The YRF production also stars Deepika Padukone and John Abraham in the lead roles.