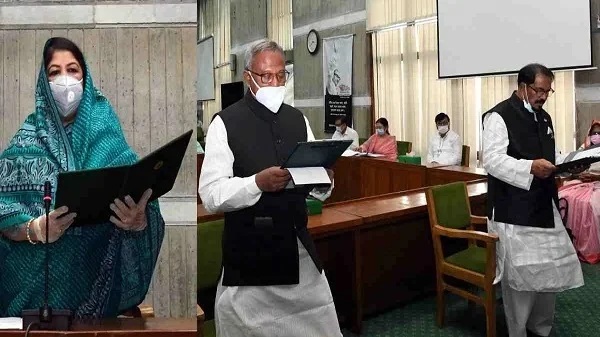 Kazi Monirul Islam and Md Anwar Hossain Helal who have been elected in by-elections to Dhaka-5 and Naogaon-6 constituencies respectively took oath as MPs on Wednesday.

Kazi Monirul Islam and Md Anwar Hossain Helal signed the oath book as per custom at the end of the oath.

It may be recalled that the by-elections were held in Dhaka-5 and Naogaon-6 constituencies on October 17. The seats became vacant after the death of MP Habibur Rahman Mollah on May 6, and MP Md Israfil Alam on July 27, respectively.