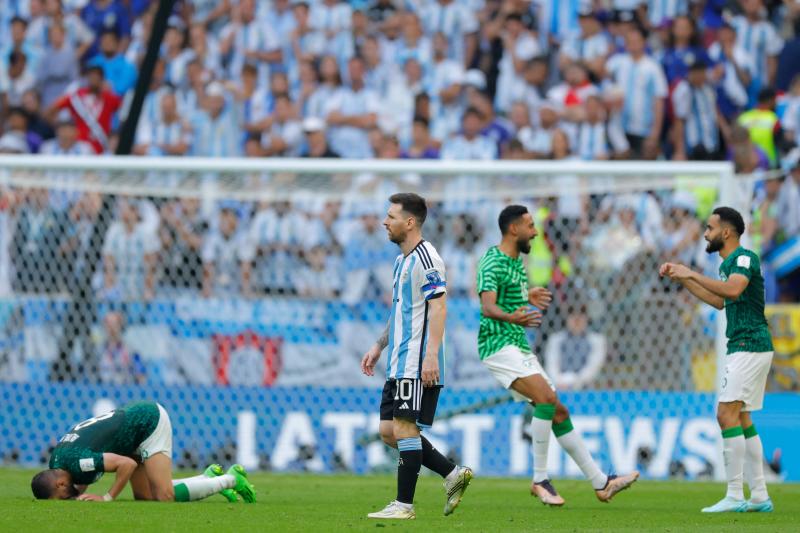 Saudi Arabia stunned Argentina 2-1 in their opening World Cup fixture at the Lusail Stadium in Qatar on Tuesday.

Lionel Messi gave Argentina a 1-0 lead by stroking in a penalty after a video review spotted a foul as the South Americans dominated but had three goals disallowed in the first-half. The goal made him the first Argentine player to score in four different World Cups.

The Saudis then staged a remarkable turnaround as they took a shock 2-1 lead in the second half thanks to brilliant individual goals from Saleh Al-Shehri and Salem Al-Dawsari.

Al-Shehri squeezed in a low shot in the 48th minute while Al-Dawsari curled in a scorching strike from the edge of the penalty area in the 53rd minute to leave Argentina, one of the tournament favourites, looking shell-shocked.