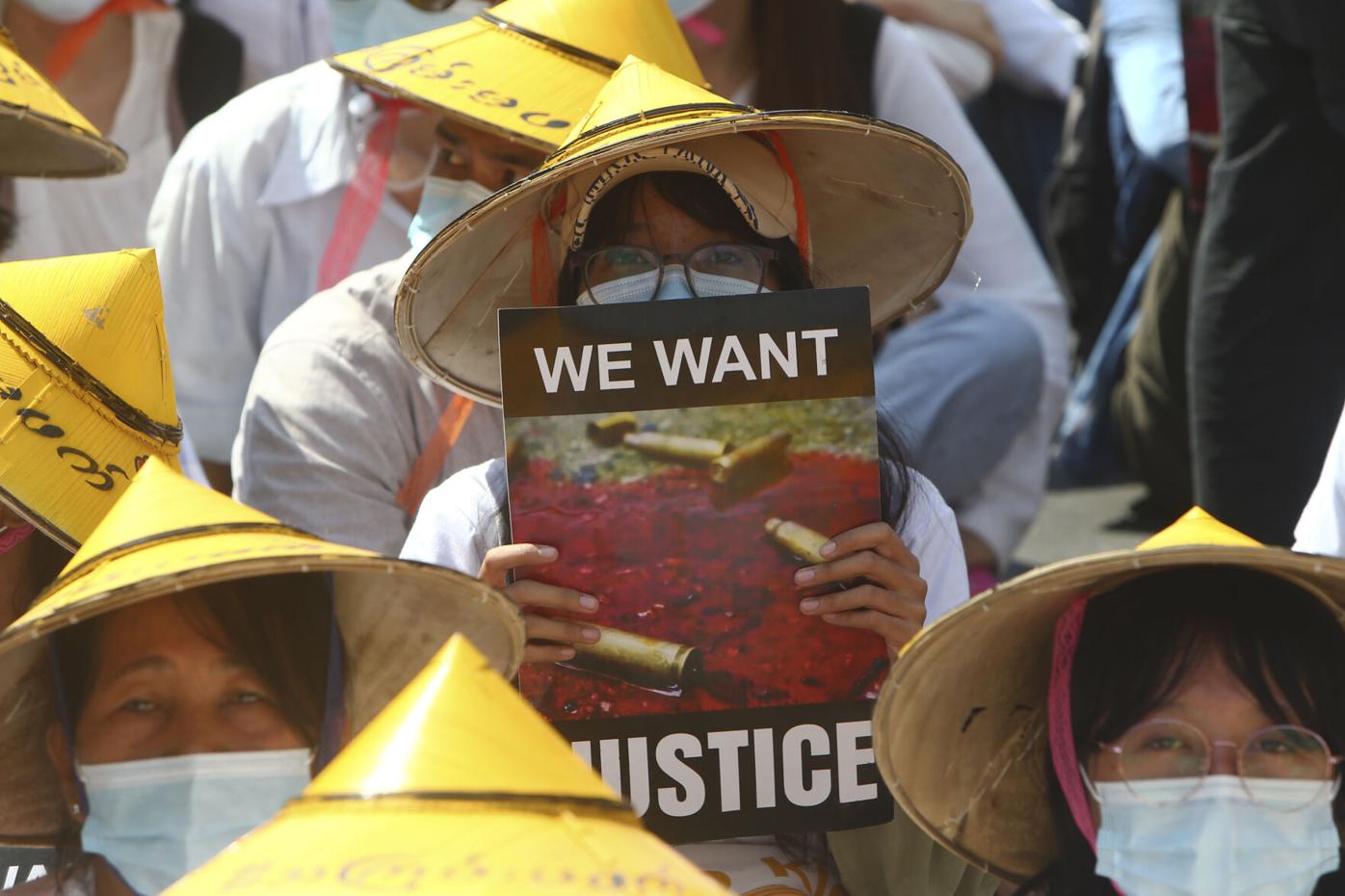 Protesters gathered in Myanmar’s biggest city on Monday despite the ruling junta’s threat to use lethal force against people who join a general strike against the military’s takeover three weeks ago, AP reports.
More than 1,000 protesters gathered near the U.S. Embassy in Yangon despite barriers blocking the way, but left to avoid a confrontation after 20 military trucks with riot police arrived nearby. Protests continued in other parts of the city, including next to Sule Pagoda, a traditional gathering point.
Factories, workplaces and shops were shuttered across the country Monday in response to the call for a nationwide strike. The closings extended to the capital, Naypyitaw.
The junta had warned against a general strike in a public announcement Sunday night on state television broadcaster MRTV.
“It is found that the protesters have raised their incitement towards riot and anarchy mob on the day of 22 February. Protesters are now inciting the people, especially emotional teenagers and youths, to a confrontation path where they will suffer the loss of life,” the onscreen text said in English, replicating the spoken announcement in Burmese.
The junta’s statement also blamed criminals for past protest violence, with the result that “the security force members had to fire back.” Three protesters have been fatally shot.
Trucks cruised the streets of Yangon on Sunday night, blaring similar warnings.
The protest movement, which seeks to restore power to the elected government of Aung San Suu Kyi and have her and other leaders released from detention, has embraced nonviolence.
The nationwide strike was dubbed Five-Twos, for the five number twos in the numeric form of Monday’s date.
“I am joining the 22222 nationwide protest as a citizen of the country. We must join the protest this time without fail,” said 42-year-old Zayar, who owns a bottled water business in the capital. “So I’ve closed down my factory and joined the demonstration.”
Zin Mi Mi Aung, a 27-year-old saleswoman, also joined the strike.
76
Share