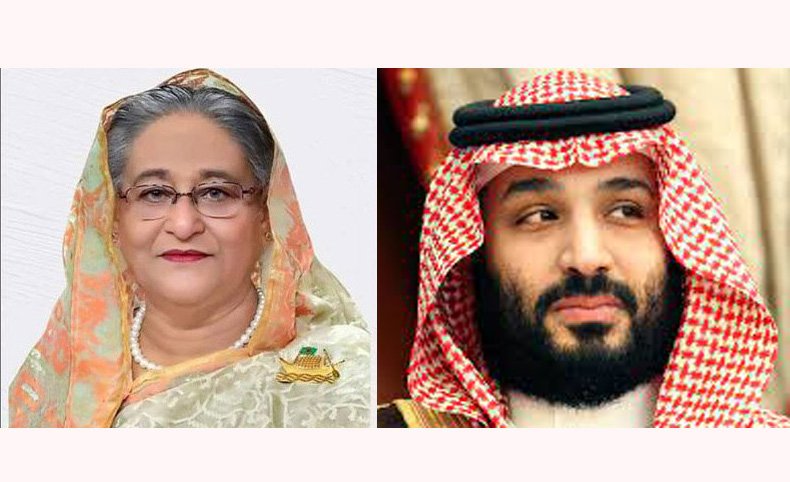 Prime Minister Sheikh Hasina has invited Saudi Crown Prince and Prime Minister Mohammed bin Salman to visit Bangladesh.
Ambassador of Bangladesh to Saudi Arabia Mohammad Javed Patwary handed over the invitation letter to the Vice-Minister of Foreign Affairs of Saudi Arabia Waleed El Khereiji at his ministry’s office in Riyadh, the capital of Saudi Arabia, on Thursday, said a press release on Friday.

Patwary also conveyed greeting to the Saudi Prince for becoming prime minister of the kingdom.