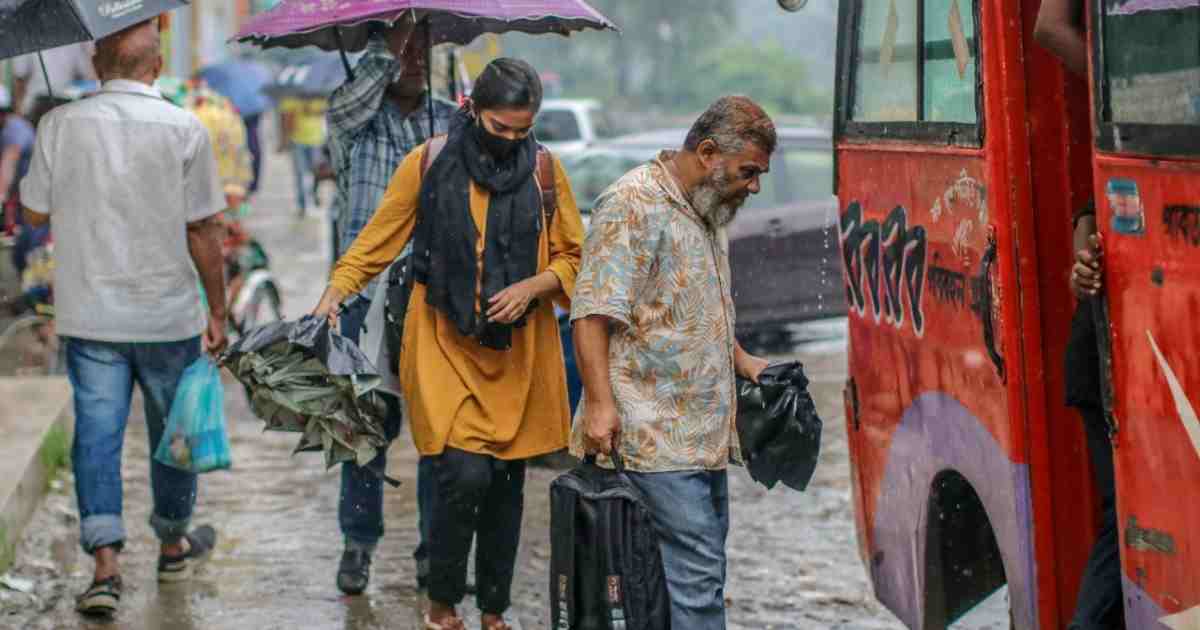 The weather department has predicted more rains across the country in the next 24 hours, with monsoon being fairly active over Bangladesh and moderate elsewhere over North Bay.

Day and night temperatures may remain nearly unchanged over the country.

A low pressure area is likely to form over North Bay in the next three days, it added.

The Met office recorded the highest 41 mm of rainfall in Tarash of Rajshahi division in 24 hours till 6am on Friday.

The mercury reached 36.2 degrees Celsius – the highest – in Bhola of Barisha division, while the minimum temperature was recorded at 23.4 degrees in Rajarhat of Rangpur division.

Meanwhile, the axis of monsoon trough runs through East Uttar Pradesh, Bihar, West Bengal to Assam across central part of Bangladesh. One of its associated troughs extends up to the Northwest Bay, as per the bulletin.