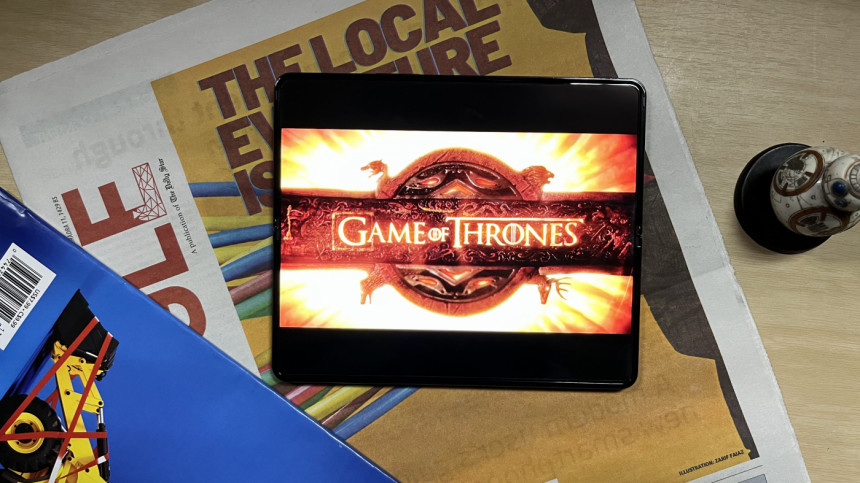 Samsung has been betting a lot on its foldables. In the past few years, it has made iterative improvements to its foldable Z series of smartphones. Samsung is betting so much on it that it has streamlined its product line-up and discontinued the popular note series. Inspired by the ‘bigger is always better’ mantra, Samsung’s relentless attempt to make screens bigger has somewhat paid off. At least that’s what we felt from using the latest flagship Galaxy Z Fold4. Although we had our hands on the device for just a week, we tried to make the best use of the phone by making it our daily driver.

Here is what we found out:

The ginormous screen is amazing!

The phone’s key selling point is the screen, and it is incredible. The colour rendition, brightness, the slimmer bezel, the touch sensitivity, the bend – everything makes the phone seem like a near-futuristic device. Anyone is bound to fall in love with the mammoth 7.6-inch main display. There are tons of apps that are optimised for the large canvas that the phone has to offer. We did not have the scope to use the stylus with the phone, but it would have been a pleasing experience for sure.

The 6.2-inch cover display is now also a bit wider than its elder brethren – making it an even more convenient device when used using one hand. One sad reality is the crease still exists. It does not just exist; it is quite visible in most outdoor environments. But did it bother us? Not really. When playing a video, you tend to easily ‘not notice’ it.

The Camera got better!

The camera is certainly one of the features that we put to test in any review. It was not any different this time either. Just using it for a week, we concluded: the camera of the Z Fold4 is miles ahead of its predecessor. The upgraded 50MP main shooter can only be rivalled with Samsung’s very own S22 Ultra and maybe the latest iPhones. The camera module also houses a 12MP ultra-wide camera and a 10MP telephoto lens with 3x optical zoom and 30x Space Zoom. You can take a load off your hand by taking the benefit of the flex mode. The portraits came out amazing with this phone. When taking ultra-wide mode pictures of the Galaxy Z Fold4, we noticed a little bit less curve around the extreme edges – thanks to the software’s magic. At night and in low light environments, the Galaxy Z Fold4 managed to take bright shots. However, the colours seemed to lack a bit of depth. We will include a few sample shots for our online edition of this story. Do have a look.

The performance got a boost too!

Under the hood, the Galaxy Z Fold4 is powered by the new Snapdragon 8 Plus Gen 1 chip, along with 12GB of RAM. The device is blazing fast in most instances. We barely noticed any lag during our review period. The benchmarking apps mostly also put its performance ahead of the S22 Ultra, the last year’s flagship by Samsung.

Social media platforms like TikTok are changing how we travel

Samsung Internet: Everything you need to know