In a rather short span of time, actress Janhvi Kapoor has gathered a massive fan following on social media and off it. Daughter of late cinema thespian, Sridevi and film producer Boney Kapoor, Janhvi has established herself as one of the most promising newcomers in the film industry. The actress made her acting debut with Shashank Khaitan’s Dhadak opposite Ishaan Khatter and since then, has been in the news for not just film-related updates, but also for her head-turning fashion choices and awe-worthy photoshoots.

Falling in the last two categories is her recent post on social media. Janhvi took to Instagram on Monday and shared a photoshoot that, in all its might, will transport you back to the 1950s.

An album of six photos wherein Janhvi channels her inner vintage vibes is the pretty upload that Janhvi has shared on Instagram today. Sharing the snaps, Janhvi wrote, “Pretended to live in the 1950s for a day and enjoyyyyyed.” 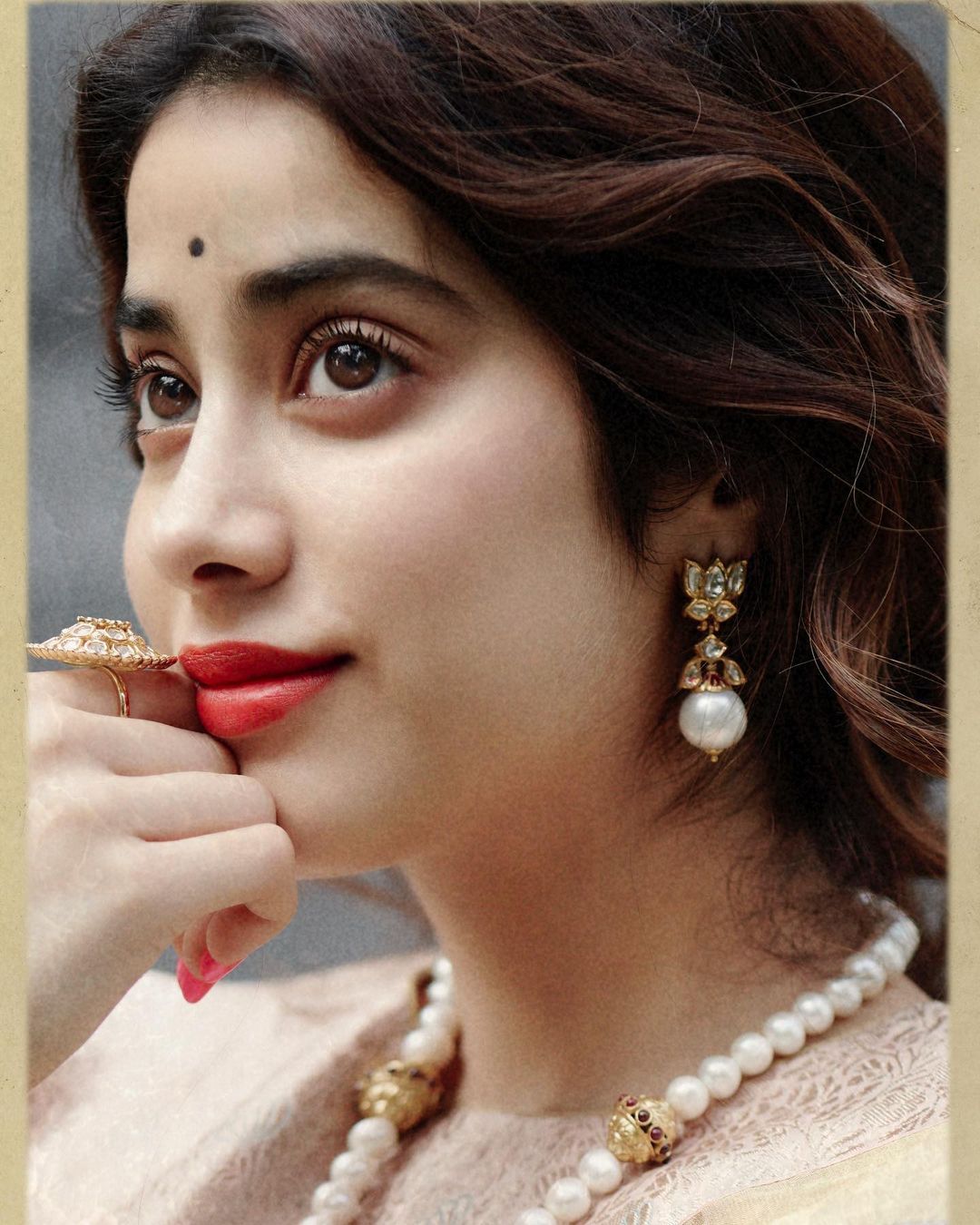 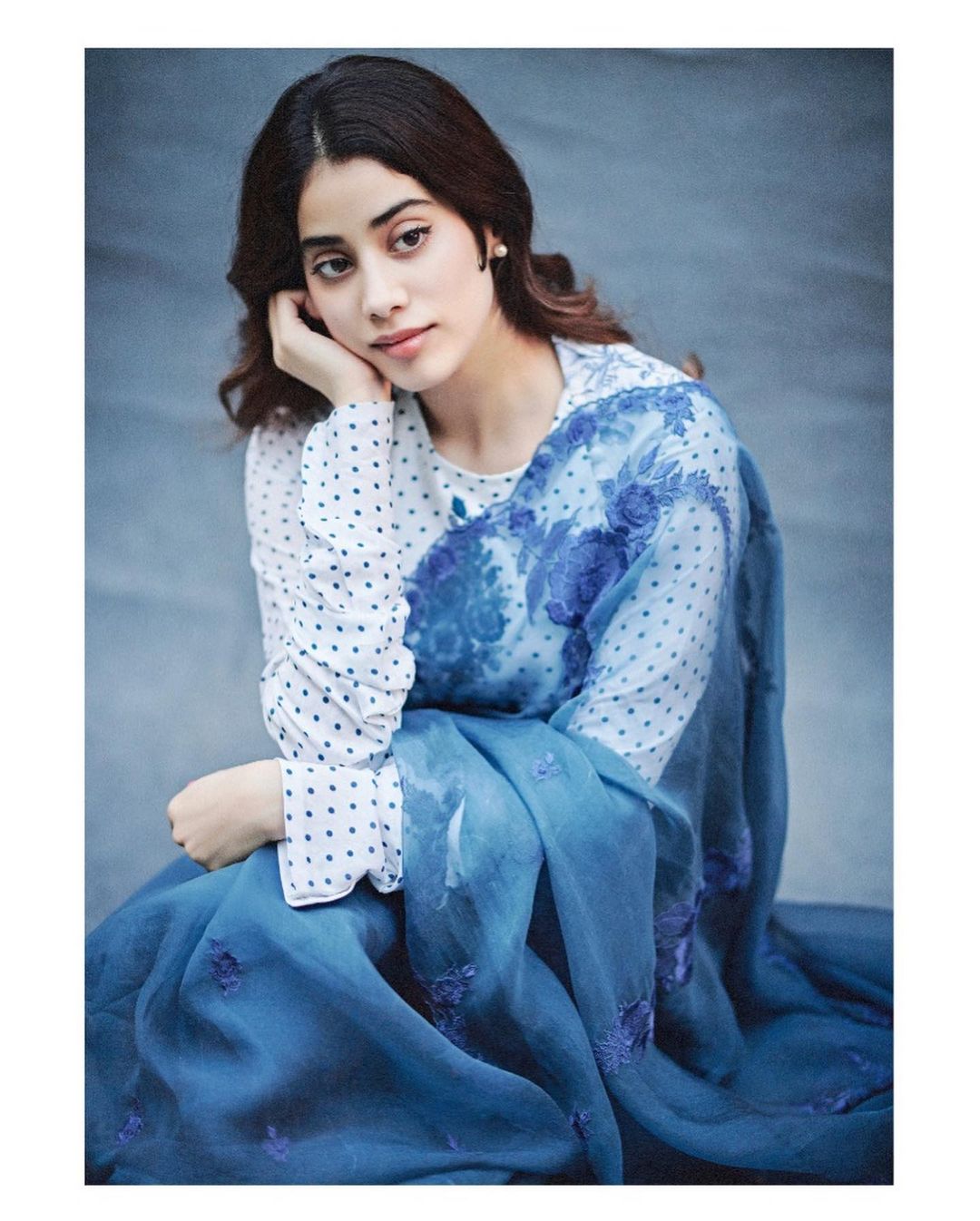 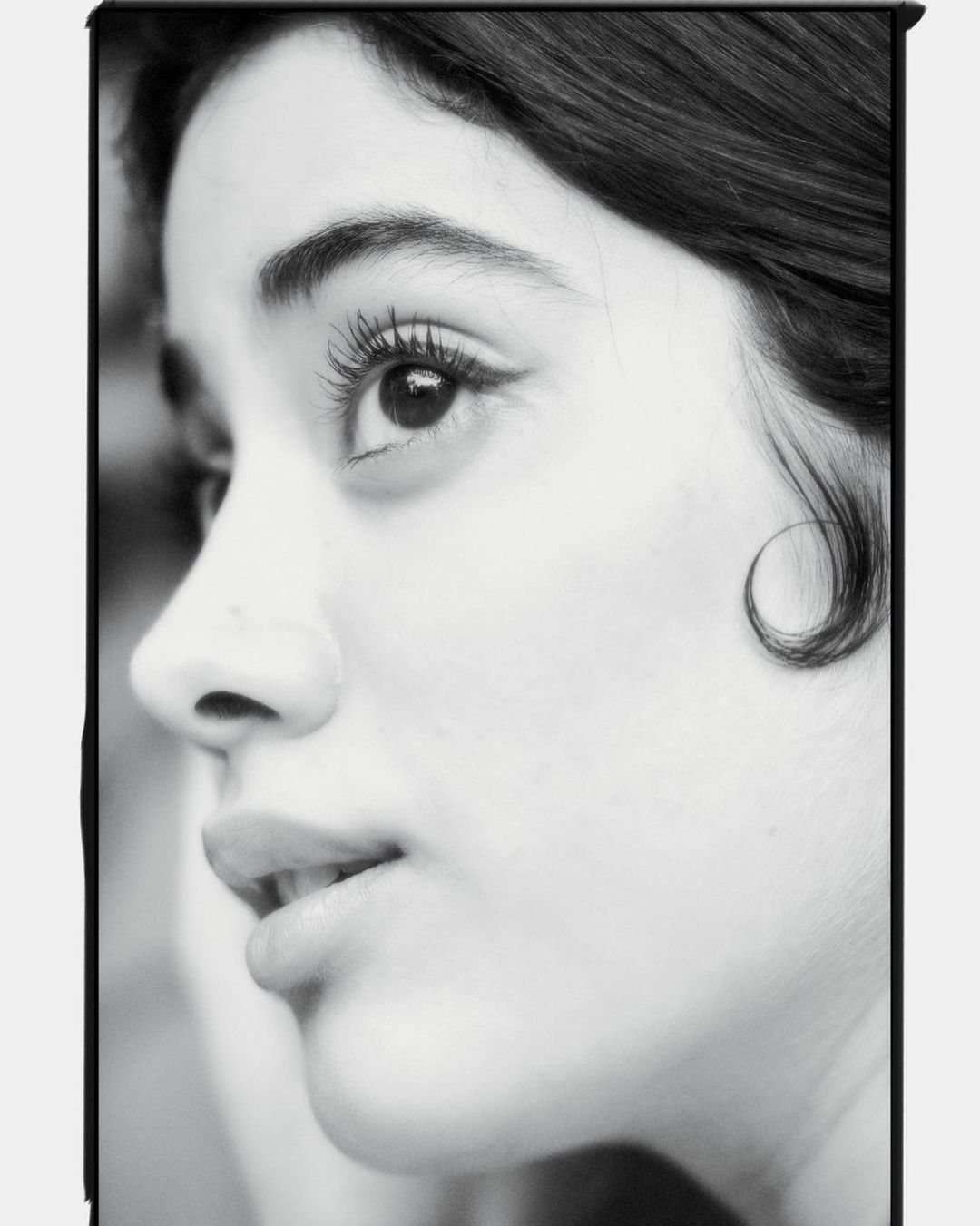 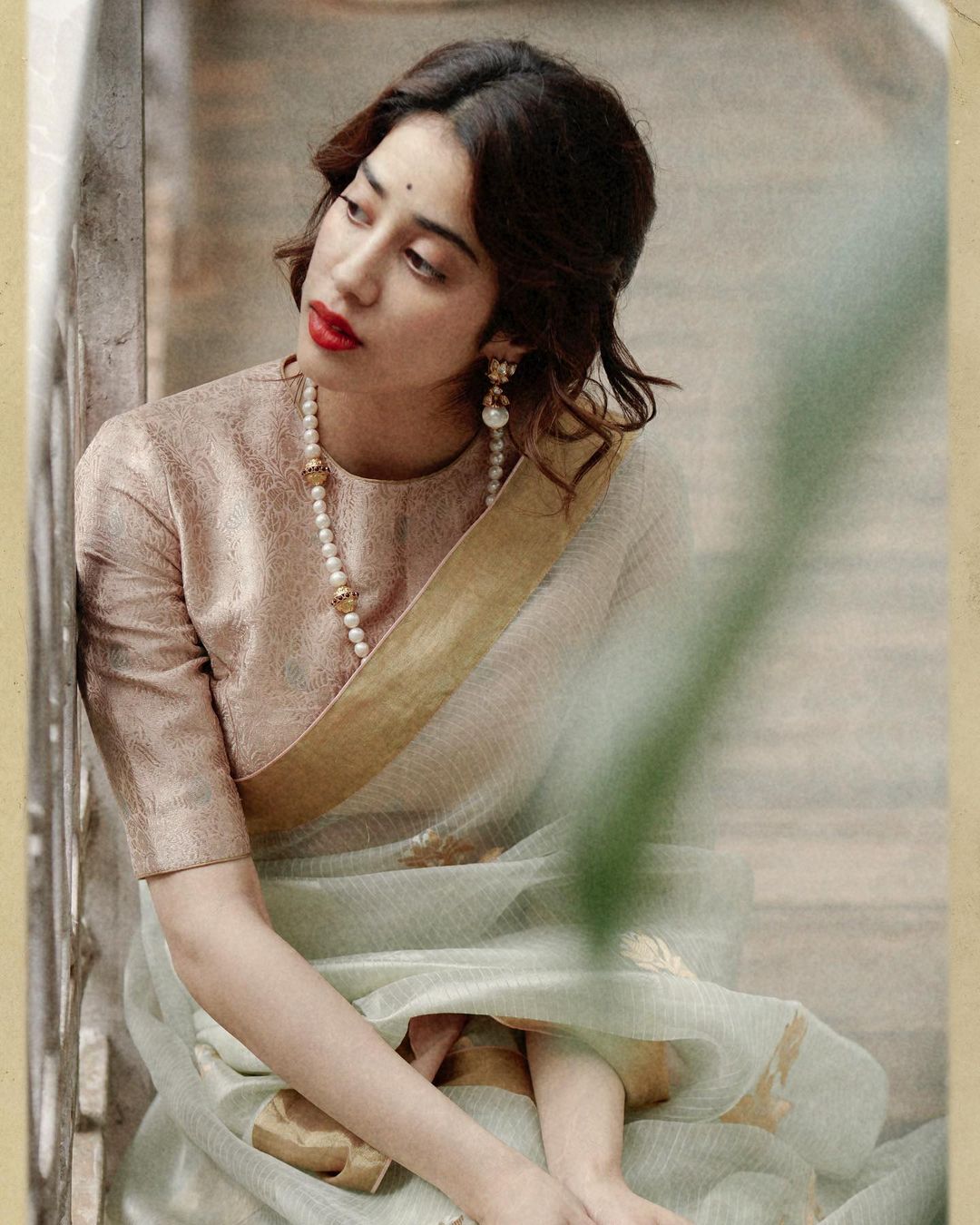 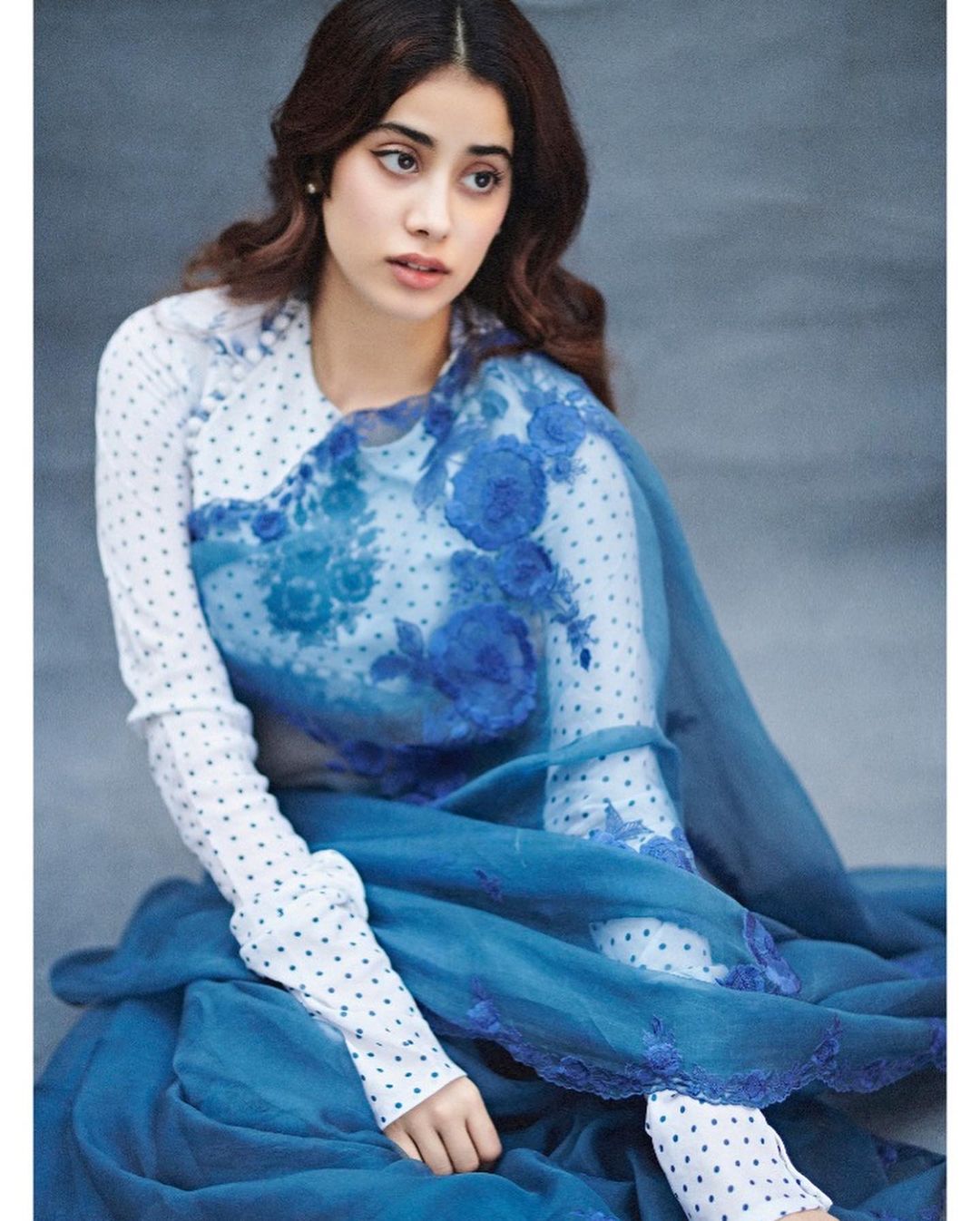 The many photos that have been shared on Instagram see Janhvi posing in pretty drapes. The first upload is a close-up shot wherein her bindi, red lip shade and pearl jewellery are a testimony to the timeless fashion of the 1950s. The second one has Janhvi looking outside, dressed in a pastel green saree. Next up is a monochrome photo, wherein her hairstyle will catch your attention. In the same post, two snaps also see Janhvi sporting a blue drape with a polka-dotted blouse.