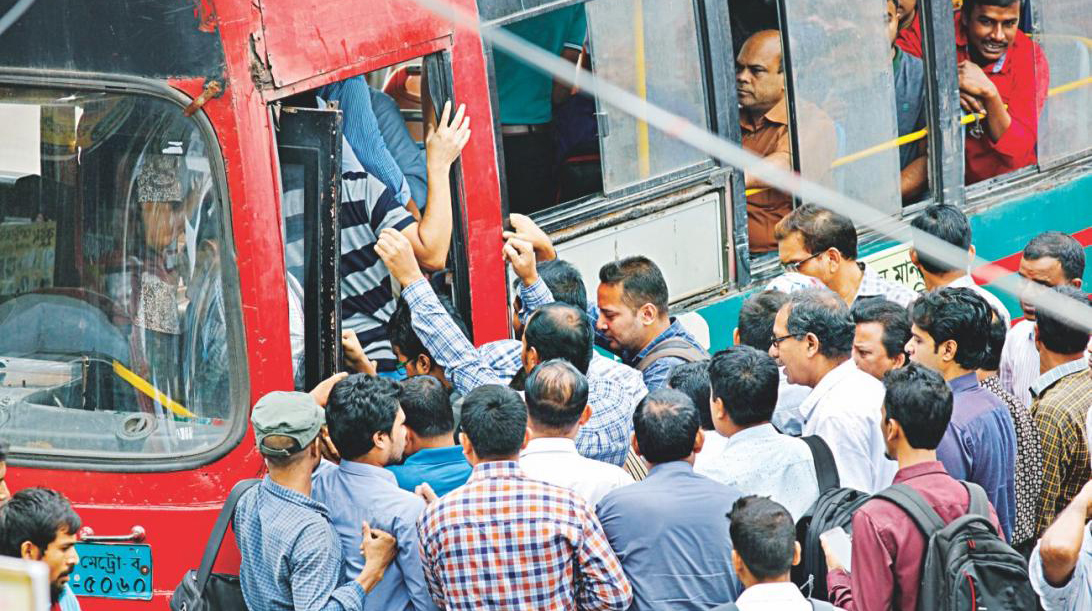 In order to resolve traffic congestion and bring discipline back to the roads in Dhaka city, buses and minibuses will ply on 42, out of existing 291 routes.

Besides, 22 companies comprising some 2,500 bus owners, will be formed.

It was stated by Dhaka South City Corporation (DSCC) Mayor Sheikh Fazle Noor Taposh at a meeting of Bus Route Rationalisation Committee held at Buriganga Bhaban in Nagar Bhaban in the capital on Tuesday (November 10).

He said the buses and minibuses which come from Gazipur and Narayanganj districts will have to stay at the terminals outside the Dhaka city. It will substantially reduce the traffic congestion as well as additional pressure on the Dhaka city.

DSCC Mayor Taposh said the Bus Route Rationalisation Committee is working to offer a disciplined and congestion-free roads to the city dwellers. The committee has also made substantial progress in its work.

“We have proposed to reduce the number of routes to 42, lowering from the existing 291 taking with the representatives of owners, workers and law enforcing agencies. We have planned to bring some 2,500 onwers, who own some 4,500 buses and minibuses, under 22 bus companies,” Taposh said.