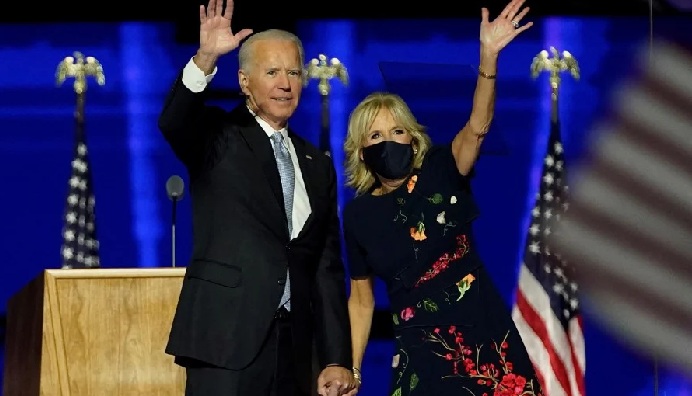 He has channeled personal tragedy into a heart-on-his-sleeve compassion for everyday Americans, but President-elect Joe Biden faces the challenge of a lifetime as he inherits a nation both traumatised and spellbound by his White House predecessor.

Biden’s victory – projected by TV networks on Saturday in a cliffhanger election with the United States in crisis – turns the page on Donald Trump’s most divisive of presidencies, and rewards his appeal to the better angels of a deeply-riven country.

But can the man who has cast himself as healer-in-chief make headway in a nation where Trump’s ideology, regardless of the president’s defeat, shows little sign of diminishing?

“The work ahead of us will be hard, but I promise you this: I will be a President for all Americans,” the 46th US president-elect said shortly after networks made the call.

Now, all of his work is ahead of him.

He inherits a coronavirus pandemic that shows no signs of abating and an office he believes has had its credibility shattered by the “liar” Trump.

A loss to the deeply polarising Trump – Biden said in the election’s final stretch – would mean he had been a “lousy” candidate, lowering the curtain on a prolific but ultimately unfulfilled political career.

But “Middle Class Joe” had made it his life’s crowning mission to unseat the Republican and, in his words, restore the “soul” of America.

And despite a campaign muted beyond recognition by Covid-19 – conducted largely from home while his high-octane rival charged around the country – Biden ultimately showed Trump the door.

When he takes the oath of office on Jan 20, at age 78, Biden will be the oldest US head of state ever inaugurated.

He hit the national stage at just 29, with a surprise US Senate win in Delaware in 1972.

One month later, tragedy struck: his wife Neilia and their 1-year-old daughter Naomi were killed in a car crash as they were Christmas shopping.

Biden’s two sons were severely injured but survived, only for the eldest, Beau, to succumb to cancer four decades later, in 2015.

Throughout his life, Biden has spoken poignantly of his personal encounters with tragedy, seen as having nourished a capacity for genuine empathy – something Trump failed to demonstrate even as the toll from Covid-19 climbed towards a quarter million.

His retail politicking skills are peerless: he can flash his million-watt smile at college students, commiserate with unemployed Rust Belt machinists, or deliver a fiery admonishment of rivals.

That personable, gregarious quality was curtailed by the pandemic, which brought in-person campaigning to a halt in March and prompted a more cautious Biden on the trail.

Somewhat diminished from the figure he presented during his eight years as Barack Obama’s vice president, the dazzling smile remained. But Biden’s gait was more delicate and his fine white hair had thinned.

Opponents, and even some Democrats, wondered whether Biden, garrulous and gaffe-prone, would stumble in his long campaign against Trump.

The 74-year-old president nicknamed him “Sleepy Joe” and accused him of diminished mental acuity.

In a flash of frustration with Trump’s interruptions during their first debate, he at one point told the president to “shut up.”