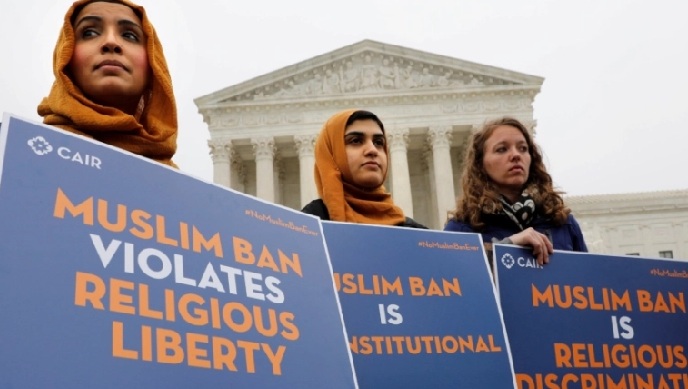 On the first day of his presidency, president-elect Joe Biden intends to rescind Donald Trump’s travel bans on travellers from 13 countries, most either majority-Muslim or African nations, reports Al Jazeera.com.

Shortly after taking office in 2017, Trump issued an executive order that banned travellers from seven majority-Muslim nations from entering the United States.

The Trump administration reworked the order several times amid legal challenges and the Supreme Court upheld a version of it in 2018. The countries subject to entry restrictions have changed over the years.

The bans could be easily undone as they were issued by executive order and presidential proclamation, according to policy experts, but lawsuits from conservatives could delay the process.

In October, Biden also promised to push politicians for laws to fight the surging number of hate crimes in the US.

“As president, I’ll work with you to rip the poison of hate from our society to honour your contributions and seek your ideas. My administration will look like America with Muslim Americans serving at every level,” he said.

Trump imposed the travel restrictions – often referred to by critics as the “Muslim ban” – through a series of executive orders singling out Iran, Libya, Somalia, Syria and Yemen, triggering criticism that it amounted to unlawful religious discrimination.

Trump then expanded the ban to include Venezuela and North Korea and later added Nigeria, Sudan, Myanmar and three other countries to the list.

“Muslim communities are the first to feel Donald Trump’s assault on Black and brown communities in this country, with his vile Muslim ban. That fight was the opening barrage in what has been nearly four years of constant pressure and insults,” Biden said.