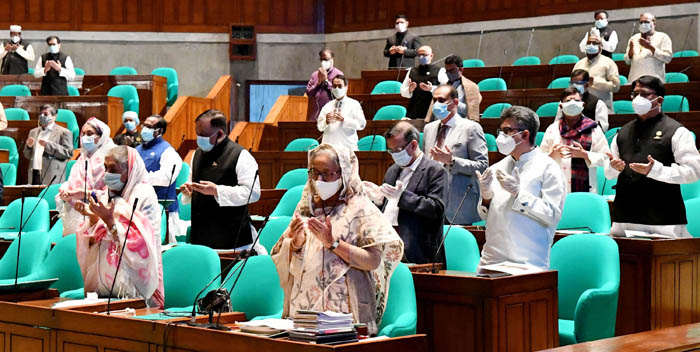 The Jatiya Sangsad (JS) on Sunday unanimously adopted an obituary reference over the deaths of six distinguished personalities.

Speaker Dr Shirin Sharmin Chaudhury moved the obituary references mentioning the names separately with brief resumes on those who died since prorogation of the ninth session of the current 11th parliament.

Besides, the speaker expressed deep shock at the deaths of physicians, health workers, members of police and administration, political leaders, media workers, businessmen, elite personalities and employees of different public and private organizations who died of coronavirus (Covid-19).

The parliament also expressed shock at the death of those killed in separate accidents at home and abroad in recent time.

The JS conveyed deep sympathy to the bereaved family members. The parliament also prayed for eternal peace of the departed souls and observed a minute silence as a mark of respect to the deceased.