The ‘Bluffmaster!’ star took to Instagram and shared his first look from the forthcoming film.

The poster sees Bachchan as an old age man with a fully grown beard and moustache. The character essayed by the ‘Dhoom’ star seems to belong from a village as he can be seen dressed in traditional attire.

In the backdrop, one can also see a mark sheet that showcases the digits scored in subjects such as English, Hindi, Mathematics. Science, History, Geography, and Sanskrit.

Abhishek also introduced his character to the fans by writing in the caption, “Meet GANGA RAM CHAUDHARY. #Dasvi Shoot Begins…” 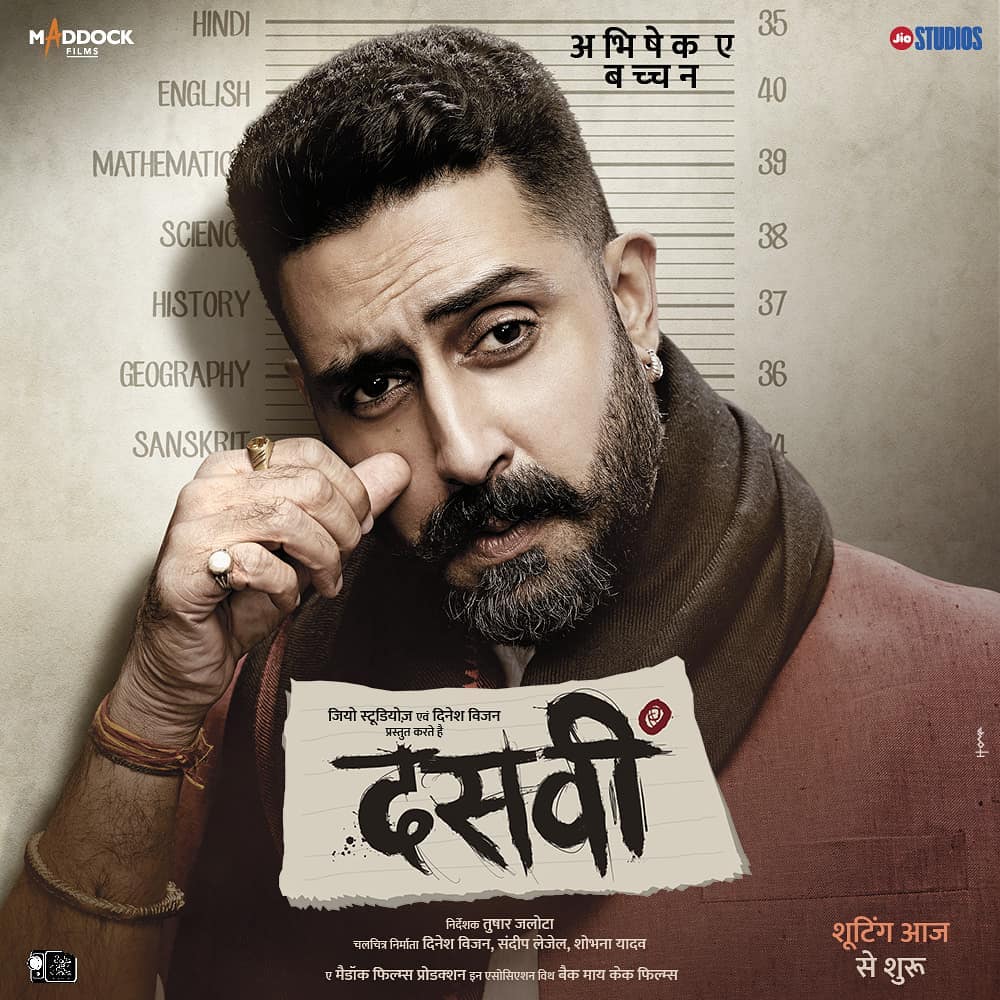 The movie is an upcoming project from the makers of ‘Hindi Medium’, ‘Angrezi Medium’ and ‘Bala’. The hilarious social comedy also stars Yami Gautam and Nimrat Kaur.

Tushar Jalota is making his directing debut with the film, which is written by Ritesh Shah.

‘Dasvi’ is being bankrolled by Dinesh Vijan, Sandeep Leyzell, and Shobhana Yadav. The movie is being produced under the banner of Maddock Films Production, and Bake my Cake films.