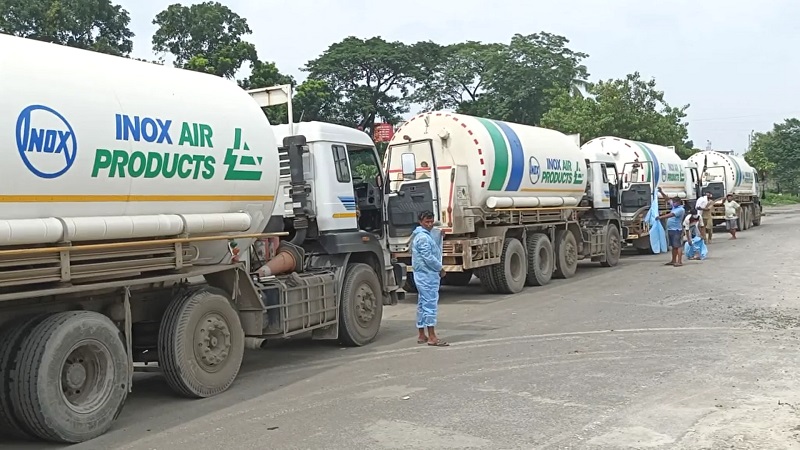 A total of 179 metric tonnes of oxygen have been imported from India on emergency basis on Wednesday afternoon.
During the closure of Eid-ul-Azha, the oxygen was imported through Benapole land port around 3 pm.
Three companies -Linde Bangladesh, Pure and Ispector- imported the oxygen.
Two special team of customs were kept prepared to expedite the unloading of the imported oxygen.
The oxygen was imported following the recent surge in the demand of oxygen as country has been witnessing increasing number of Covid-19 cases and deaths.
Sonjoy Bari, assistant director of the port, confirmed the matter.
39
Share