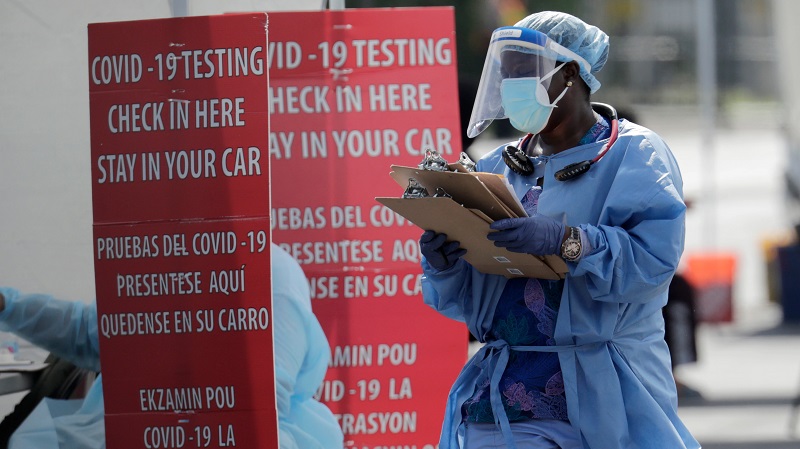 North, Central and South Americas still bear the global burden of 40% of Covid-19 fatalities and more than 25% of cases, according to the World Health Organization (WHO), reports UNB.
Almost 1 million cases were reported in the Americas last week, said Maria Van Kerkhove, technical lead on Covid-19 for the WHO, Monday.
In Brazil, around 300,000 cases were recorded last week; in the US, more than 200,000 cases were reported, Maria said.
She warned of a peak in the transmission level that has been observed in the region, arguing that “they are stuck at a high level of intensity, and cannot quite bring that transmission down.”
An 11.5% rise in global cases were seen last week, with Europe and the Western Pacific being hit the hardest, Maria said. “The Americas saw a moderate increase of 0.5%, but some countries were plagued by really sharp spikes in transmission possibly due to new variants.”
US life expectancy fell by a year and a half in 2020, the largest one-year decline since World War II, according to the Centers for Disease Control and Prevention.
The covid-19 pandemic is responsible for around 74% of the overall life expectancy decline. More than 3.3 million Americans died last year, far more than any other year in US history, with Covid-19 accounting for about 11% of those deaths, the health officials said.
However, the virus’ role varied by race and ethnicity. It was responsible for 90% of the decline in life expectancy among Hispanics, 68% among white people and 59% among Black Americans.
For decades, US life expectancy was on the upswing. But that trend stalled in 2015, for several years, before hitting 78 years, 10 months in 2019. Last year, it fell to about 77 years, four months, the CDC said.
“South America, Central America and other places around the world need more vaccines if they are going to break this deadly cycle of cases,” said Michael Ryan, executive director of the WHO’s Health Emergencies Program.
137
Share

UK citizen arrested in Spain for role in 2020 Twitter hack