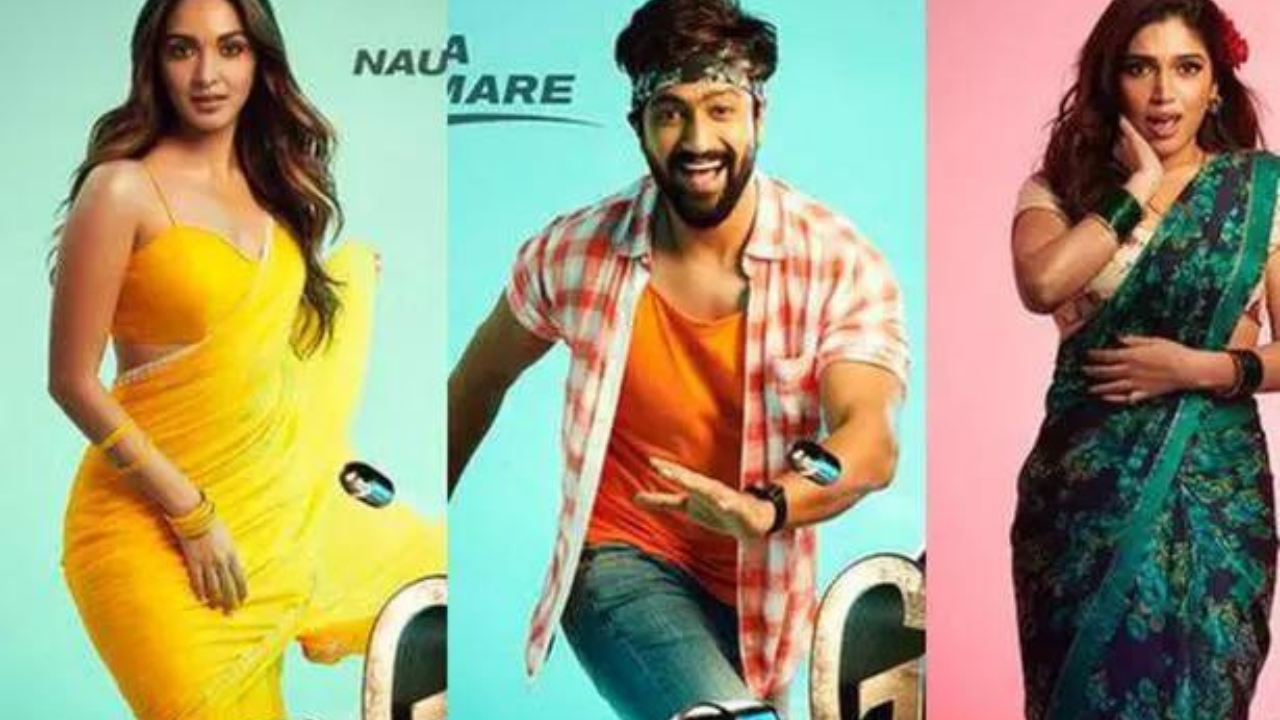 Vicky Kaushal-starrer Govinda Naam Mera will be directly released on Disney+ Hotstar, the streaming platform announced on Wednesday.
Written and directed by Shashank Khaitan, the upcoming comedy crime thriller tells the tale of an underdog and his family’s madness. It also features Kiara Advani and Bhumi Pednekar.
Gaurav Banerjee, Head – Content, Disney+ Hotstar & HSM Entertainment Network, Disney Star said the company is delighted to announce a new film with Dharma Productions, their partners.
“Shashank Khaitan’s films have always touched a chord with young consumers and we are confident ‘Govinda Naam Mera’ will add more to this filmography!” Banerjee said in a statement.
With the release of “Govinda Naam Mera”, Dharma Productions further strengthens its partnership with Disney+ Hotstar, said producer Karan Johar. Johar’s popular celebrity chat show “Koffee With Karan” recently concluded its seventh season on the platform.
“We are excited to bring this holiday special film filled with power packed performances by Vicky Kaushal, Kiara Advani and Bhumi Pednekar exclusively to the viewers of Disney+ Hotstar,” the filmmaker added.
Disney+ Hotstar will soon announce the premiere date of the film.
Khaitan, known for Dharma’s “Dulhania” franchise, said working on a new genre of comedy was fascinating.
“‘Govinda Naam Mera’ is a complete family entertainer which will keep the viewers guessing until the end. I am really delighted that we are releasing this exciting new film for the viewers of Disney+ Hotstar,” he said.
“We at Dharma Productions are really excited for ‘Govinda Naam Mera’ as it marks our first ever comedy crime thriller movie. With an avid and talented director, Shashank Khaitan, an ensemble cast and our long standing partnership with Disney+ Hotstar – we envision the movie to provide wholesome entertainment to the homes of all during the festive holiday season,” added Dharma Productions CEO Apoorva Mehta.
39
Share

Aaryan, Deepika Padukone hint at a collaboration in Aashiqui 3 !