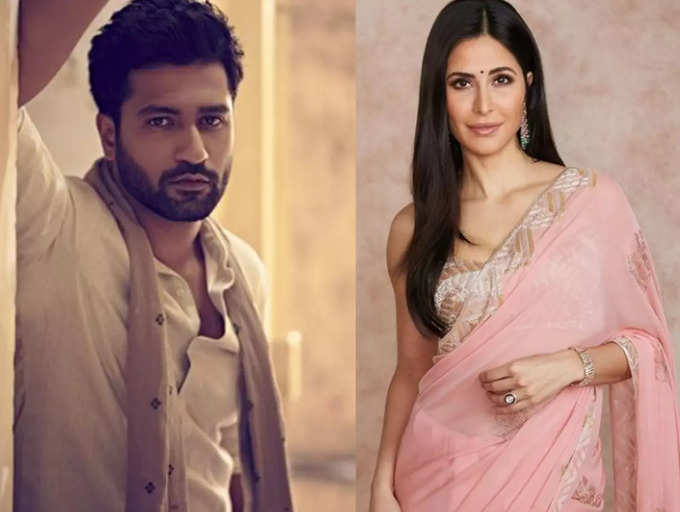 One thing, which has currently grabbed everyone’s attention across the nation is the wedding news of Vicky Kaushal and Katrina Kaif. While the duo has remained tight-lipped about this, new updates have been coming out regularly about their wedding. Amid the reports suggesting that the couple will tie the knot on December 9 at the royal Six Senses Fort Barwara, in Sawai Madhopur, Rajasthan with just family and close friends in attendance, Vicky Kaushal was papped after midnight as he was leaving lady-love Katrina Kaif’s residence.
It is said that the actor reached Katrina’s residence for an apparent wedding outfit trial. Dressed in a blue t-shirt, jeans and cap, Vicky gave a thumbs up to paps while getting into the car. Yesterday, evening we also saw designer Anaita Shroff Adajania getting snapped outside Kat’s house, where she was seen carrying a massive handbag along with three men, who were holding big boxes.
Interestingly, Katrina’s brother Sebastien Laurent has also reached India for the wedding. He took to Instagram stories and shared a picture with a caption, “India feeds the soul; debauchery in a different environment”. While fans are excitedly waiting for Vicky and Katrina’s wedding, comedian Krushna Abhishek, who is the neighbour of the Uri actor revealed that the wedding preparations are going in a hush-hush way. The Kapil Sharma Show star told ABP, “Vicky is my neighbour so I can wish him in the lift (laughs). The wedding preparations are happening but in a hush-hush way. They haven’t shared it yet. Vicky is also a wonderful guy. They make a good pair. Both of them are nice people. I am not being political. I actually know them so I wish them good luck.”
As per the reports, the guest list of Vicky Kaushal-Katrina Kaif’s wedding includes prominent names of Bollywood like Karan Johar, Ali Abbas Zafar, Kabir Khan, Mini Mathur, Rohit Shetty, Sidharth Malhotra, Kiara Advani, Varun Dhawan, Natasha Dalal and others.
Well, we are expecting the lovebirds to make the news of their wedding in a couple of days.
59
Share

Ajaz claims record 10 wickets in an innings in India Test