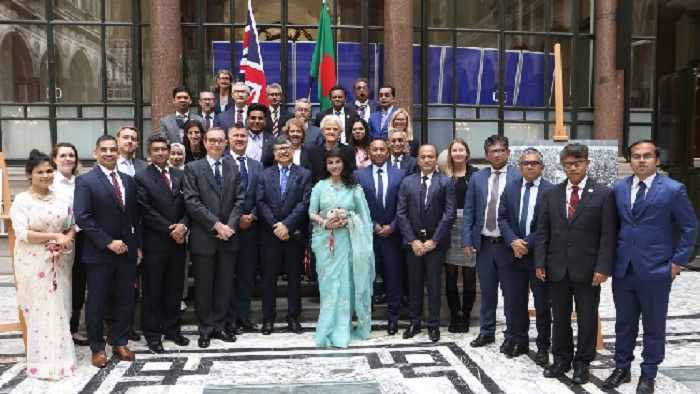 Bangladesh and the United Kingdom have agreed on the importance of ‘free and fair elections’ and vibrant civil society to promote accountable governance and institutions ensuring freedom of expression and religion.

The UK raised concerns reflected in the FCDO Annual Human Rights Report, including the “impact” of the Digital Security Act, political space, and extrajudicial killings, said the British High Commission in Dhaka on Friday, reports UNB.

The two countries held their fourth annual Strategic Dialogue on Thursday at the Foreign, Commonwealth and Development Office (FCDO) in London and discussed the issues.

Lord Ahmad of Wimbledon, FCDO Minister of State for South Asia and the Commonwealth, welcomed Ambassador Momen to the UK.

Lord Ahmad said they spoke about the strong links between the UK and Bangladesh.

“We’re both committed to tackling climate change and looking for future opportunities to strengthen trade between our countries,” he said.

The UK commended Bangladesh for hosting the Rohingyas who, in August 2017, fled atrocities by the Myanmar military.

The UK and Bangladesh reiterated their commitment to the goal of enabling the Rohingya to return home in a safe, voluntary and dignified way as soon as the situation allows.

The UK stressed the need to focus on the Rohingyas’ wellbeing, and noted that access to education and livelihoods would help prepare the Rohingya for eventual return to Myanmar and to live dignified lives while in Bangladesh.

Both countries committed to working with the international community, including Asean and the UN, to resolve the crisis.