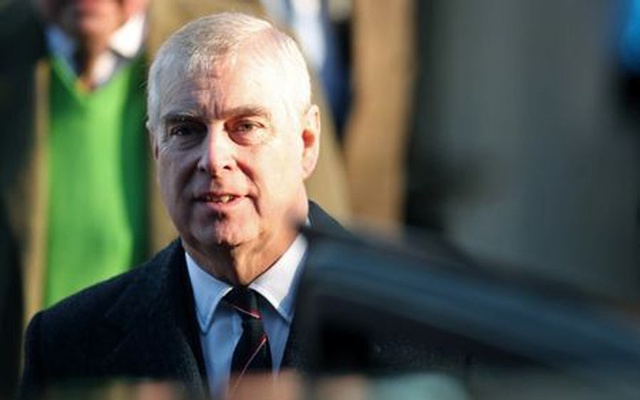 Britain’s Prince Andrew has been served with a lawsuit by a woman accusing him of sexually assaulting and battering her two decades ago, when she asserts she was also being abused by the financier Jeffrey Epstein, according to a Friday court filing.

In an affidavit filed with the US District Court in Manhattan, Cesar Sepulveda, identifying himself as a “corporate investigator/process server,” said he left a copy of Virginia Giuffre’s lawsuit on Aug 27 with a police officer guarding the Royal Lodge in Windsor, England, a property Andrew occupies.

The London-based Sepulveda said police had told him a day earlier they were instructed not to accept court documents on Andrew’s behalf, but upon his return was told documents would be forwarded to the prince’s “Legal Team.”

Police refused to let him see Andrew or to say where the prince was, he added.

Spokespeople for Andrew said on Friday that his lawyers had no comment. A source close to Andrew’s legal team said the prince had not been personally served.

Andrew, 61, is one of the most prominent people linked to Epstein, charged by Manhattan federal prosecutors in July 2019 with sexually exploiting dozens of girls and women.

In her lawsuit dated Aug 9 this year, Giuffre said Andrew forced her to have unwanted sexual intercourse at the London home of Ghislaine Maxwell, the British socialite and Epstein’s longtime associate.

She also said Andrew abused her at Epstein’s mansion on Manhattan’s Upper East Side, and on a private island that Epstein owned in the US Virgin Islands.

In a November 2019 BBC interview, Andrew, who had been a friend of Epstein, denied Giuffre’s claims of sexual abuse, and said he did not recall meeting her.

“I can absolutely, categorically tell you it never happened,” Andrew said.

An initial conference is scheduled for Monday afternoon before US District Judge Lewis Kaplan in Manhattan. Maxwell faces a scheduled Nov 29 trial before a different Manhattan judge on charges she aided Epstein’s sexual abuses. She has pleaded not guilty.

In 2017, Maxwell settled a $50 million civil defamation lawsuit against her by Giuffre for an unspecified amount. Maxwell is not a defendant in Giuffre’s lawsuit against Andrew.