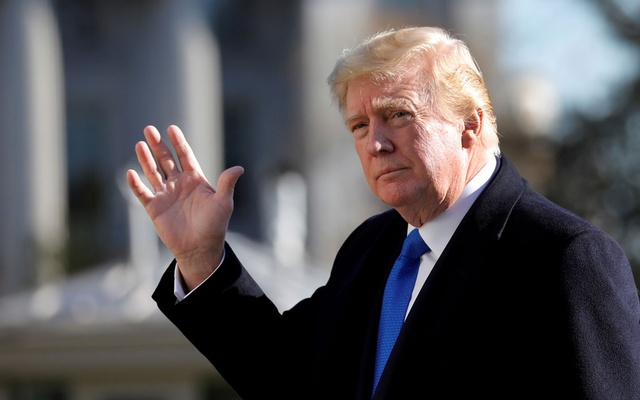 The Alabama Republican Party on Saturday will present former President Donald Trump with a framed copy of a resolution, passed unanimously by the party, that declares him “one of the greatest and most effective” presidents in U.S. history.

“The resolution, basically, it just talks about the greatness of Donald J. Trump, how he made America great again and I hope other states will follow suit,” Perry Hooper Jr., a former state representative and a member of the state party’s executive committee, told Fox News in an interview.

Hooper will present a framed copy of the resolution to Trump at a reception at Mar-a-Lago, Florida on Saturday evening.

The resolution, which passed unanimously in the party, calls Trump “one of the greatest and most effective presidents in the 245-year history of this Republic” and lists his achievements in office.

“It’s just recognizing him for all the great things he has done for America for bringing back American manufacturing, cutting taxes, creating best economy ever, building up our military,” Hooper said.

It also cites Trump’s handling of COVID-19 vaccine distribution, calling it “one of the most important feats in medical history,” low employment rates and Supreme Court picks.

It also claims Trump “accomplished more in 48 months than Joe Biden did in 48 years as a senator and vice-president.”

Hooper, who has served as the 2016 Trump campaign’s Alabama co-chairman and was in the Trump campaign’s finance committee in 2020, said he would go a step further and say Trump was the best president ever.

“He’s just done so many great things,” he said. “I was a kid when Reagan was elected and I thought nobody would top the great things Ronald Reagan did but then comes along Donald J Trump and in my opinion, he’s not just one of the great presidents, he is the greatest president we’ve had in America.”

The resolution is the latest sign of strong support for Trump from the conservative and Republican Party base.

Trump comfortably won the Conservative Political Action Conference (CPAC) straw poll in Florida last month on who attendees would vote for if they ran in the 2024 presidential primary.

Hooper said he was speaking not only for the party, but for many Americans who voted for the 45th president in 2020.

“We love him in Alabama, America loves him and he got 75 million votes for a reason and I’m speaking basically for 75 million people in America,” he said.