A lot happened in the south film world, while Kriti Sanon was announced as the female lead in Prabhas’ Adipurush, many stars shared gorgeous selfies and workout videos. Check out here

Kriti Sanon and Sunny Singh have been roped in to star alongside Prabhas and Saif Ali Khan in the period saga in Adipurush. The film, produced by Bhushan Kumar’s T-Series and directed by Om Raut, is an on-screen adaptation of Indian epic Ramayana  Prabhas will be playing Lord Ram.

“Welcoming @kritisanon and @mesunnysingh to the #Adipurush family,” T-Series shared on its official Twitter handle, alongside pictures of Sanon, Singh, Prabhas and Raut. 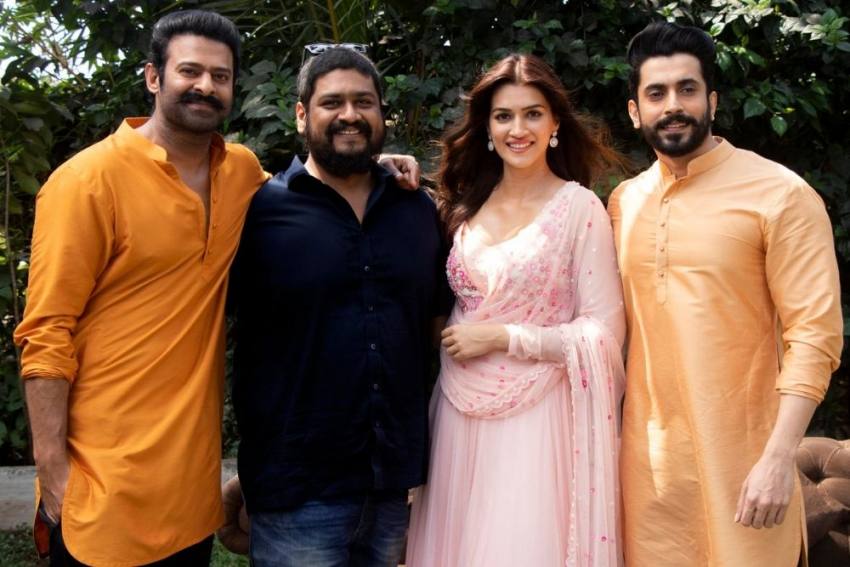 Megastar Chiranjeevi rubbishes rumours of the delayed release of Acharya

Rumours had been doing rounds on social media that Acharya‘s release date has been pushed from May 13. However, the makers dismissed the ongoing speculations and let out an official statement.

Their statement read, “We wish to inform that we have completed a month-long schedule of Acharya starring Megastar Chiranjeevi garu and Megapower star Ram Charan in Rajahmundry and illendu regions of Andhra Pradesh and Telangana respectively. Under the direction of Koratala Siva garu, our team has completed a major portion of our filming with this schedule. We are gearing up for a grand worldwide release of our film on May 13th 2021”.

Composer Anirudh Ravichander’s Vaathi Coming has been topping all the music charts and we are also totally loving it. Genelia and Riteish have shared a video dancing to the viral song. Master hit the big screens on January 13, 2021, as a Pongal special.