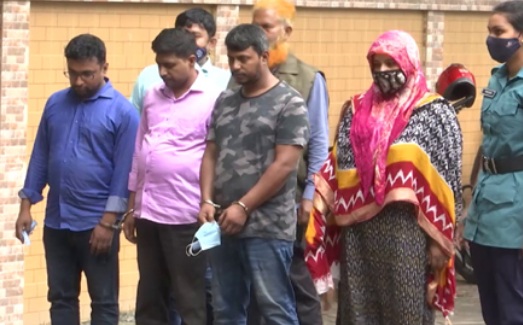 A group of six forgers have withdrawn some Tk 2.50 crore through forgery of ATM cards of a bank.

Detective said the forgers drew the money through ATM cards using various information of garment factory workers. The mastermind of the gang, Rony, has already fled the country.

Detectives said the six forgers drew some Tk 2.5 crore from various places in the capital Dhaka and Narayanganj. Police claimed that the mastermind of the gang is Shahaduzzaman alias Rony, senior officer of Dutch-Bangla Bank Limited (DBBL).

Instantly after entering the cards into ATM booth, their control used to go to the jurisdiction of DBBL’s ATM Division’s senior officer Rony. The forgers used to draw the cash with the support from Rony. The DBBBL authorities learned about it and filed a case.

DBBL’s senior officer Mashiur Rahman said the forgery started from 2018. The forgers didn’t use a single card more than twice.

The mastermind Rony also bought land property using the money. However, police said that the prime accused Rony had already left the country.

Police said the forgers drew the money through 1,363 transactions into 637 accounts in the last several years.

GD against Pori Moni likely for ‘vandalism’ at Gulshan club