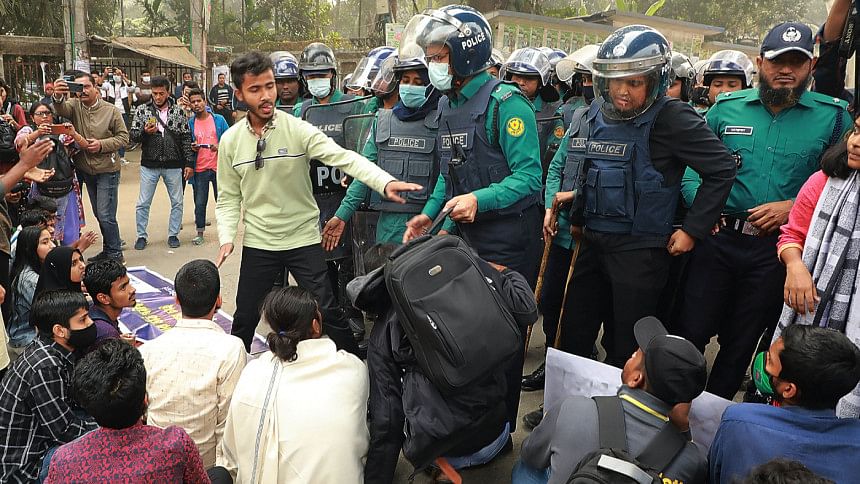 Sparking criticisms, Shahjalal University of Science and Technology (Sust) almost doubled its fee for undergraduate admission for the 2021-22 session scheduled for January 23-25.

The move has been met with criticisms among admission aspirants, who think many students have been thrown into uncertainty regarding their education amid the financial crisis with this move.

However, the university administration said the academic council has taken this decision to incorporate the university’s cost structure, considering the admission fees of other universities under the cluster of 22 GST (General and Science-Technology) universities.

After completing initial admission processing, the university recently declared its date for final admission. However, out of 1,666 seats in three units, 108 seats remain vacant.

In the notification of the final admission circular, the admission committee asked students to deposit another Tk 10,000 by January 23-25. The circular also mentioned that the Tk 5,000 initially deposited by students will be adjusted accordingly.

Prof Md Rashed Talukder, head of the admission committee, said, “The academic council has fixed the admission fee and informed us. I think there will be no impact on the admission of students due to the increased fee as other universities charge even more.”

Seeking anonymity, an admission aspirant of the department of statistics said, “When we were asked to deposit Tk 5,000 initially, we thought the final fee will not be more than the previous year. However, it has doubled, posing a huge burden for middle-income families like us.”

Another admission aspirant of the department of forestry said, “The university authority should have informed us that they have plans to double the admission fee. This is not a student-friendly decision and they must consider it again.”

Sust Treasurer Prof Anwarul Islam said, “Sust has always charged lower admission fees than other universities in the cluster. As per the government’s instruction to reduce expenditure and increase income, the academic council decided to increase the fee.”

‘Razz is my king’ Pori Moni