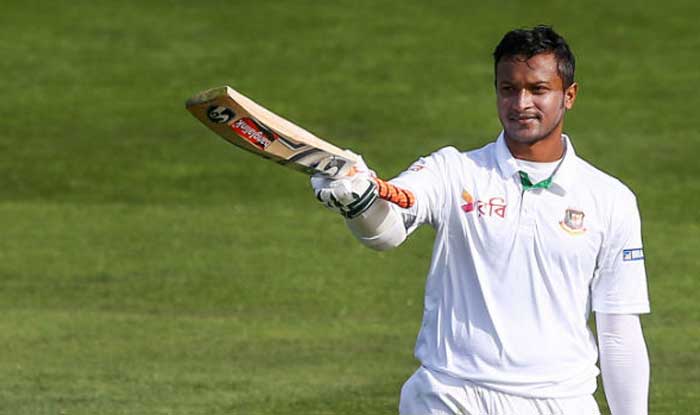 The Bangladesh Cricket Board (BCB) on Monday ruled out Shakib Al Hasan for the second Test against West Indies, starting on February 11, after the ace all-rounder failed to recover adequately from the thigh injury, reports BSS.
He sustained the injury during the second day of the Chattogram Test in which Bangladesh eventually conceded a heartbreaking three-wicket defeat despite setting an improbable 395-run target for the visitors.

Shakib scored 68 runs in the first innings, before bowling six overs. He was unable to take the field during the second innings, a thing proved to be decisive in determining the result against Bangladesh.

“Shakib Al Hasan will miss the second and final Test of the ongoing series in Dhaka after failing to recover from an injury sustained during the first of the two ICC World Test Championship matches against the West Indies,” a BCB statement said.

“Shakib has been assessed and monitored continuously since suffering a strain on his left thigh on the second day of the match in Chattogram and after careful consideration it has been confirmed that he will not be available for the second Test.”

Shakib made his test comeback with this match after 17 months following an ICC-imposed suspension due to his failure to report corrupt approaches from the bookies.

“Shakib will leave the team Bio-security Bubble this week and for the time-being will be under the surveillance and treatment of the BCB Medical Team in Dhaka as he continues to recover and consolidate his physical robustness,” the statement added.

The second Test gets underway at the Sher-e-Bangla National Cricket Stadium in Mirpur on 11 February. Bangladesh needs to win the Test to avoid series defeat.
42
Share

Priyanka Chopra is all set to release her memoir, Unfinished, soon