Shah Rukh Khan conducted an ‘Ask SRK’ session on Twitter to interact with fans and was asked about his anniversary gift to wife Gauri Khan. His reply floored fans!

Some say ‘marriages are made in heaven’. And when we look at Shah Rukh Khan and wife Gauri Khan, our belief in this saying is reinstated. An inspiration for all lovebirds, Bollywood superstar SRK is not just romantic in reel-life, but more so, in real life too. The couple recently celebrated 29 years of their marital bond on October 25 and it was a splendid moment for their fans to rejoice.

Be it in interviews, social media posts or public appearances, both SRK and Gauri would often shower heaps of praise on one another. And if that wasn’t enough, SRK yet again ruled over the hearts of many in his latest #AskSRK session that he conducted on Twitter.

Interacting with fans on the platform, a user asked SRK, “29yearsof SRK-Gauri.. kya gift diya @gaurikhan mam ko ??” (Loosely meaning: What did you gift wife Gauri Khan on your 29th wedding anniversary?) To this, a super-gallant Shah Rukh replied, “What gift can I give to the biggest gift in my life?” Check out the tweet here:

The actor’s fans are going gaga over his reply and took to the comments section to let out their thoughts. Comments such as “The biggest gift of my life omg I wanna cry”, “I cried could he be more romantic?? Ohhh”, “Aww so sweet”, “Isn’t that the sweetest!”, amid others, were showered on his tweet. Take a look at the same here: 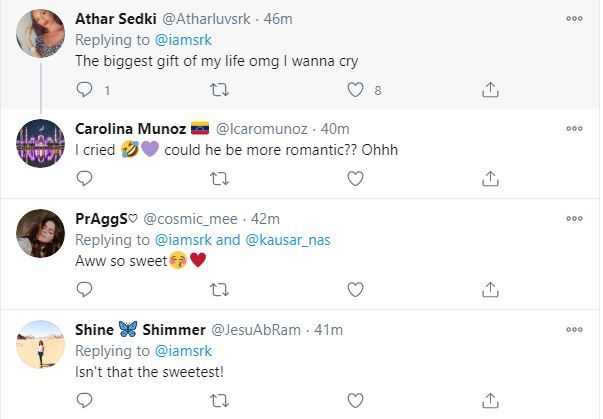 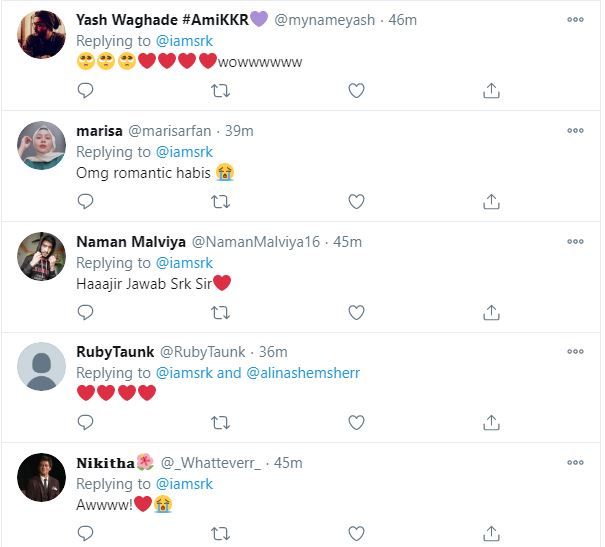 ‘I don’t think he is finished’: When Gauri Khan got candid about Shah Rukh Khan in May 2000 interview

About SRK and Gauri’s love story, the former had travelled miles to pursue his love for Gauri. It was in October 1991 when SRK and Gauri married one another and together, they celebrated 29 years of their marriage on October 25 this year. The celebrity couple together has three children – Aryan Khan, Suhana Khan, AbRam Khan.