Sara Ali Khan leaves for Mumbai from Goa airport; to be interrogated by NCB in drugs probe

Sara Ali Khan, whose name had popped up in the alleged drugs case, was spotted at the Goa airport today. The actress is leaving for Mumbai to appear before the Narcotics Control Bureau team for the interrogation. A summon was sent to the actress on Wednesday and NCB officials had reached her residence to call her for questioning.

Several photographs, shared by the news agency ANI, show the actress wearing a black and white jacket, wearing her glasses, carrying a pink miniature shoulder bag and a printed mask. As per the agency, Sara will be quizzed by the NCB on September 26 in relation to the alleged drugs case.

Check out the photos below 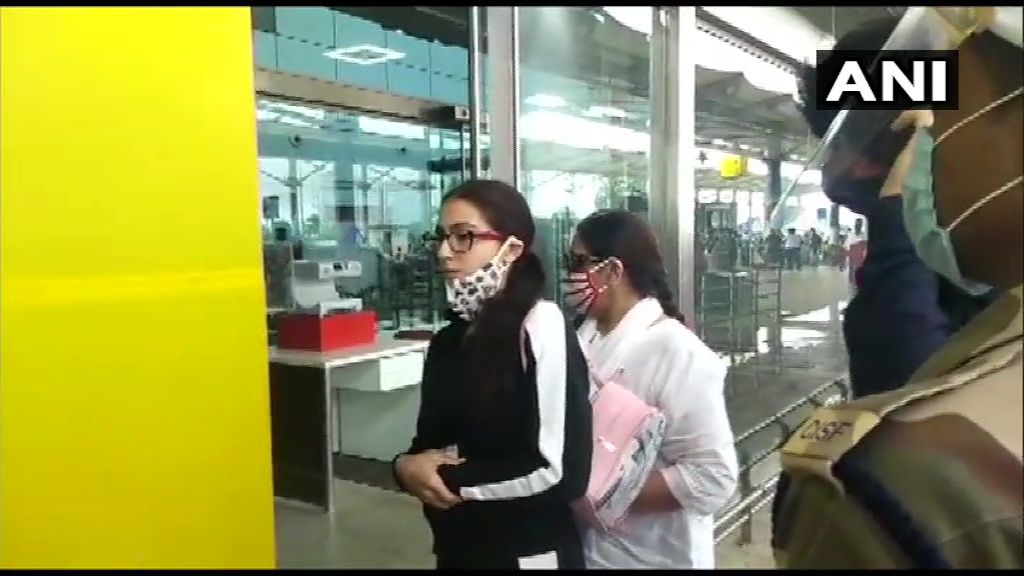 Sara made her debut in Bollywood with Kedarnath opposite Sushant Singh Rajput. Several reports had earlier suggested that the duo was in a relationship during their shooting days and ended it early 2019. In her statement, actress and Sushant’s girlfriend, Rhea Chakraborty, reportedly named Sara Ali Khan and Rakul Preet Singh in their involvement of procurement and consumption of drugs.

Till now Rhea Chakraborty, her brother Showik Chakraborty, Sushant’s house manager Samuel Miranda have been arrested by the NCB. Television couple Sanam Johar and Abigail Pande have also been grilled by the agency after their residence was searched by the team on Wednesday.