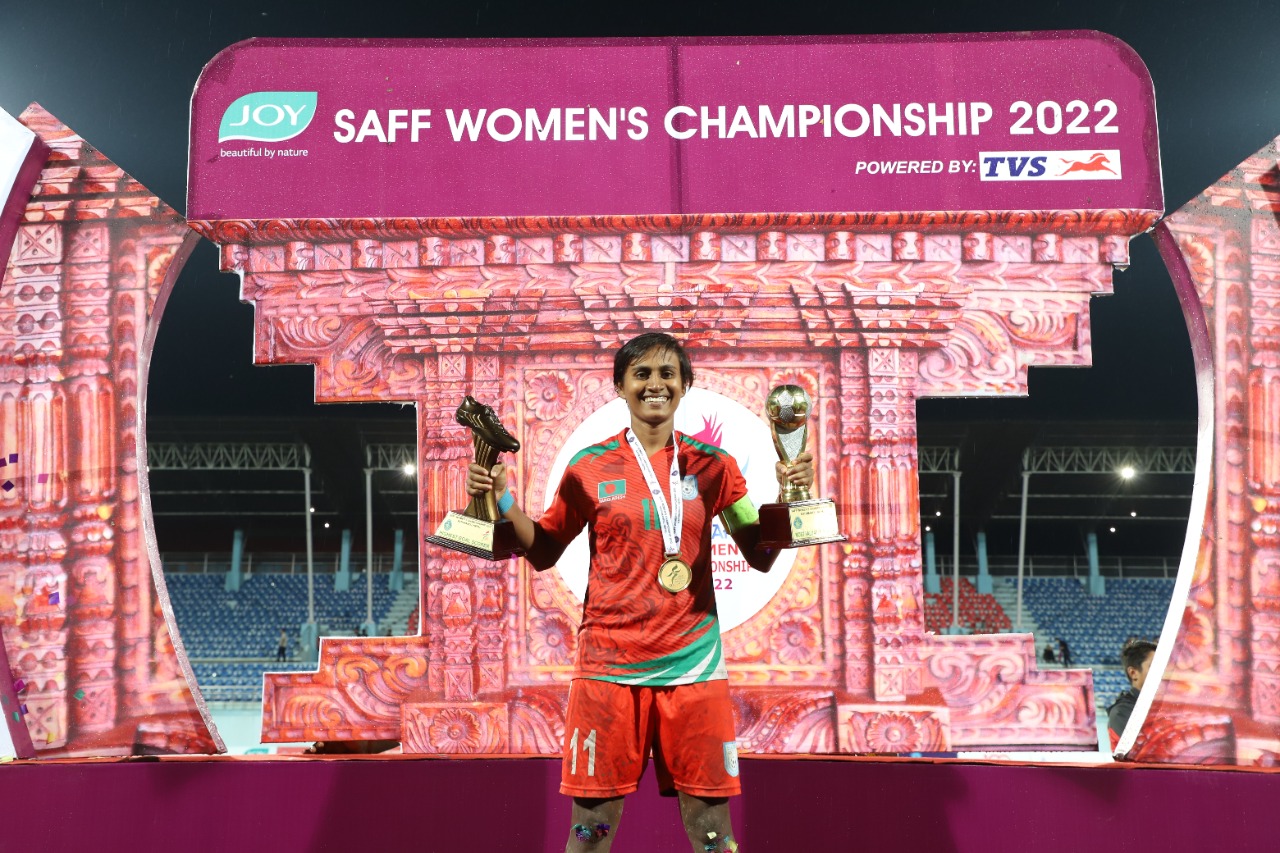 This was the first defeat for Nepal against Bangladesh in their 4th meeting in the SAFF Women;s championship.

Sabina Khatun led the Bangladesh team from the front scoring eight goals in five matches featuring two hattricks against Pakistan in group match and against Bhutan in the semifinal to win both the prestigious awards of best player and highest scorer.

Bangladesh custodian Rupna Chakma, who displayed her brilliance under the bar, was adjudged the best goalkeeper of the tournament.

Bangladesh team, which clinched their dream SAFF Women’s trophy in their 2nd attempt after 2016, was also adjudged the most disciplined team to receive the fair play trophy of the tournament.

The Tigress smartly celebrated their first ever SAFF women’s trophy with all -win record scoring 23 goals in five matches, conceding only one goal against Nepal in the day’s final.