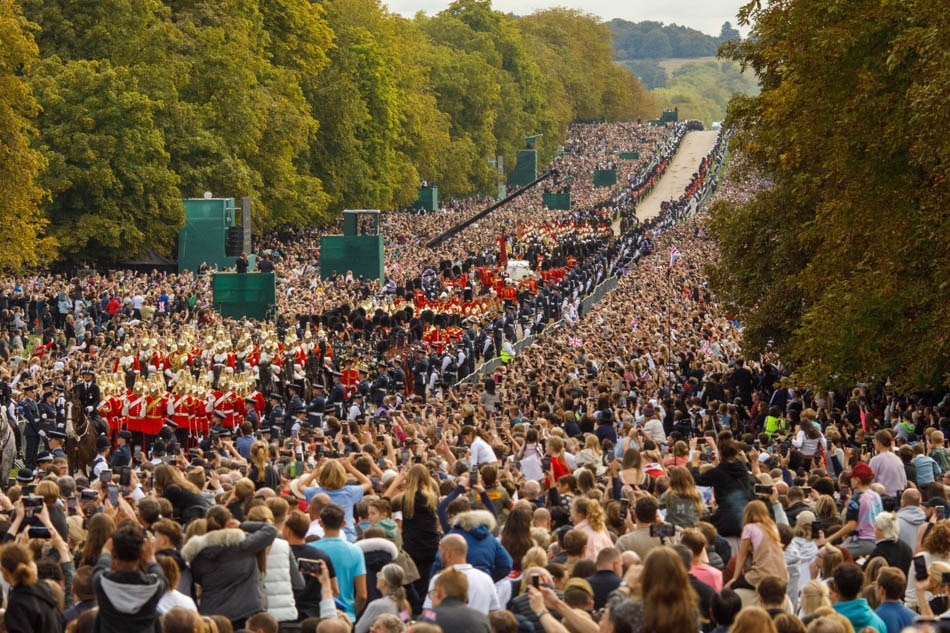 Flags on government buildings returned to full mast and an epic clean-up operation was underway on Tuesday as British public life resumed after the state funeral of Queen Elizabeth II, although the royal family remains in mourning for another week.

Around a quarter of a million people queued round the clock to view the queen’s coffin as it lay in state in the days leading up to the funeral, the UK government said, AFP reports.

Liz Truss, appointed prime minister by the queen just two days before she died on September 8, flew to the UN General Assembly hours after delivering a biblical reading at the lavish funeral.

En route to New York, Truss praised the “huge outpouring of love and affection” shown towards the late monarch, as well as the “huge amount of warmth towards” her successor, King Charles III.

Charles, 73, and his family will remain in mourning for another seven days.

That means no official engagements after he spent an exhausting week touring his new kingdom and attending to the ornate pageantry of a role that he has spent a lifetime preparing to take on.

The royal Twitter account published a picture of the queen hiking in 1971 at her Scottish retreat of Balmoral, where she died at the age of 96 as Britain’s longest-reigning monarch.

The photograph was accompanied with the words: “May flights of Angels sing thee to thy rest. In loving memory of Her Majesty The Queen.”

Blinken urges peace as he brings together Azerbaijan, Armenia