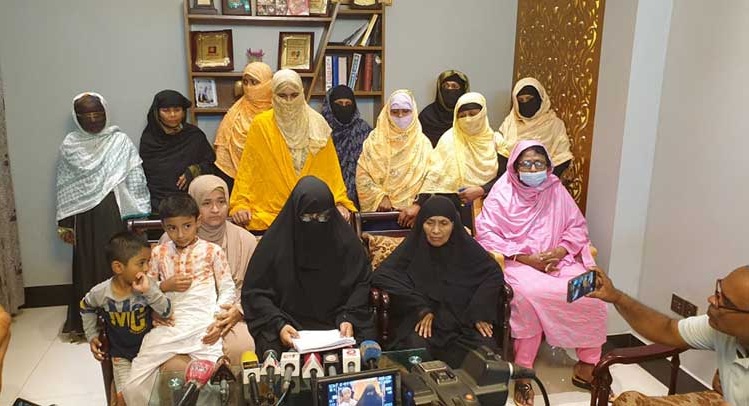 Addressing a press conference at their Charkali village home on Friday afternoon, Badal’s wife Selina Akter Kakoli alleged that her husband had been in jail “being the victim of conspiracy of Quader Mirza.”

“Abdul Quader Mirza is solely responsible for all clashes, violences, and bloodsheds in Companiganj,” she said. “He (Abul Quader Mirza) is also the mastermind behind ‘sick politics’ in Copmpaniganj.”

Badal’s mother Aradhan Begum alleged that police had arrested her son in a ‘false and fabricated case.’ Mirza Quader solely responsible for all kinds of clashes.

She also demanded of the government to bring Mirza Quader under the purview of law.

The 49-year-old Mizanur Rahman Badal is the son of late Bir Muktijoddha Sirajul Aalm Chowdhury of village Charkali under Ward No. 1 of Char Fakira union in the upazila. He is the organising secretary of Companiganj upazila Awami League and former upazila chairman.

He was arrested by police on Thursday.