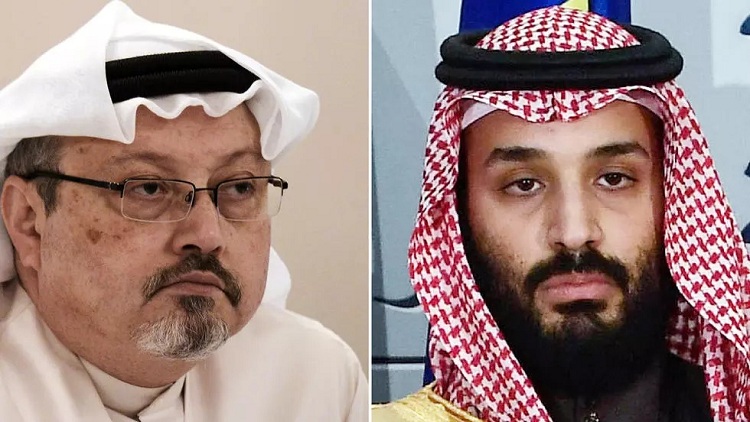 Reporters Without Borders (RSF) said on Tuesday that it had filed a criminal case in a German court against Saudi Crown Prince Mohammed bin Salman for “crimes against humanity” in the murder of journalist Jamal Khashoggi.
The complaint, which seeks an inquiry by prosecutors under Germany’s international jurisdiction laws, accuses Saudi Arabia of persecuting Khashoggi — who was murdered at the Saudi consulate in Istanbul in October 2018 — as well as dozens of other journalists.

It comes after the United States released last week a declassified intelligence report which determined that Prince Mohammed approved the 2018 killing of Khashoggi, a US-based contributor to The Washington Post.

Saudi officials denounced the report, insisting that Khashoggi was killed in a “rogue operation” that did not involve the crown prince.

But Reporters Without Borders said it had gathered evidence of a “state policy to attack and silence journalists” which it had submitted to the Federal Court of Justice in Karlsruhe, Germany, on Monday.

Its report details the cases of 34 other journalists who have been jailed in Saudi Arabia, including the blogger Raif Badawi, who has been imprisoned in his home country since 2012 on charges of “insulting Islam.”

“We call on the German prosecutor to take a stand,” Christophe Deloire, secretary-general of the watchdog known by its French acronym RSF, said in a statement.

“No one should be above international law, especially when crimes of humanity are at stake,” he said.
]