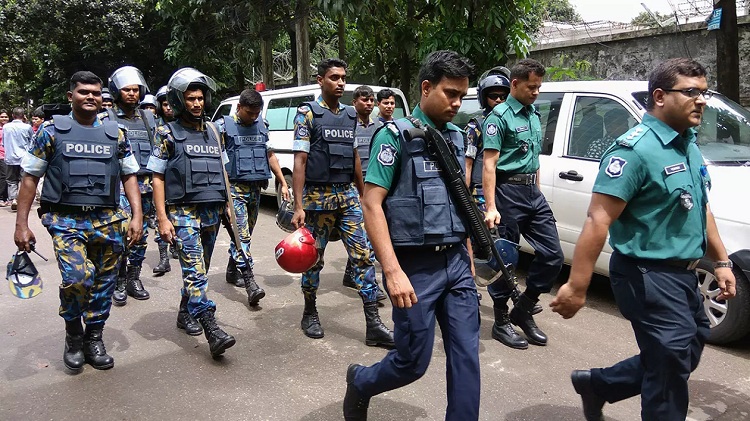 The DMP commissioner came up with the remark while talking to reporters after inspecting security measures taken for Durga Puja at Dhakeshwari temple in the capital on Thursday.

Durga Puja, the biggest religious festival of the Hindu community, will begin from October 1 with various rituals on the day of Maha Shashthi and will end on October 5 with immersion of idols.

Durga Puja will be held at 32,168 mandaps (pandals), including 241 in the capital city, across the country this year.

The top official of the DMP said that 50 youths have left their homes in the last one month and intelligence surveillance is being conducted to find them.

Police are working keeping in mind any possible militant attack, he said.

The DMP commissioner said that efforts are on to bring each puja mandaps under CCTV cameras.