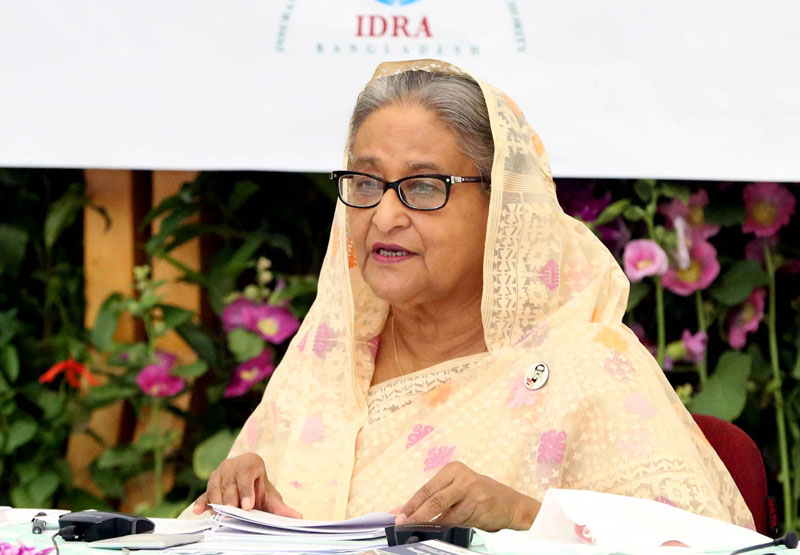 The BIDF that formed taking funds from the foreign exchange reserves began its journey through financing to the capital and maintenance dredging in Ramnabad Channel of the Paira Port, reports BSS.

BIDF is the first such its kind in South Asia as well as in the world which would finance the development activities.

Speaking on the occasion, she said as a developing nation now Bangladesh has to move on with its own feet and run develop works with its own financing towards becoming a developed country.

Mentioning that during this Covid-19 situation the country’s foreign currency reserve was increased alongside reduction of other costs, Sheikh Hasina said the government has thought about the potential use of this foreign currency to move out from loan dependency rather make instances of own financing or loan.

“This endeavor will be for an effective investment of surplus foreign currency reserve,” she said, adding “It will not only be beneficial for the country but also help us to grow our own confidence and self-esteem, and we will be able to show the world that we can do it.”

The premier said investors now could borrow from the BIDF and use it in the country’s development initiatives.

Regarding the financing to the Paira Port, she said deep sea port could be established in future centering this port. The Prime Minister expressed her gratitude to the authorities concerned to materialize her concept of using the surplus foreign currency reserve.

India to organise ‘Concert for Bangladesh’ after 50 yrs