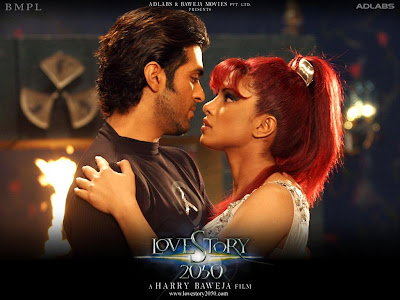 An old report has been resurfacing on the internet which reveals that the initial choice for the leading lady of Harman Baweja’s debut film Love Story 2050, was not Priyanka Chopra but Kareena Kapoor.

Bollywood films have often seen replacements for the lead roles happening at the last minute. While for some, date issues arise, others just walk-out due to creative differences. One such lesser-known replacement was done for the leading lady of the film, Love Story 2050.

The movie starred Harman Baweja and Priyanka Chopra. But did you know the initial choice of the film? As per old reports doing rounds, the actress was Kareena Kapoor! Bebo is said to have left the film after a week’s shooting in the Harry Baweja directorial, which was Harman’s debut film. It is said that Kareena had been insisting on changing dates for quite some time, which made Harry realise that the actress did not have any intention to shoot the film.

It was then Harman’s then-rumoured girlfriend Priyanka, who was roped in for the role. In an interview with Hindustan Times, Harman had shared having no regrets losing on the actress, who was basking in the success of her hit film Jab We Met, and said, “She shot with me for a couple of days. But I don’t think any other actress could have done it the way Priyanka has.”

As per a 2006 report in IndiaGlitz, the one-week schedule of Kareena had cost the production unit a whopping Rs 16 lakh!

While initially, Harman’s father Harry Baweja had rubbished the replacement rumours, they were happy to announce having Priyanka on board later. In a 2006 interview with a news agency, he was quoted, “We zeroed in on her name soon after Kareena Kapoor’s exit from the film. She seemed to be the best choice for the role from every point of view, be it her persona, her dates chart, her sense of professionalism and the keen interest she showed in the film from day one. I am confident that she’ll pull off the role very well, considering that it has various shades to it. She is no doubt a very busy artist but we have decided to make adjustments.”

All being said, Love Story 2050 turned out to be one of the biggest flops of the year.