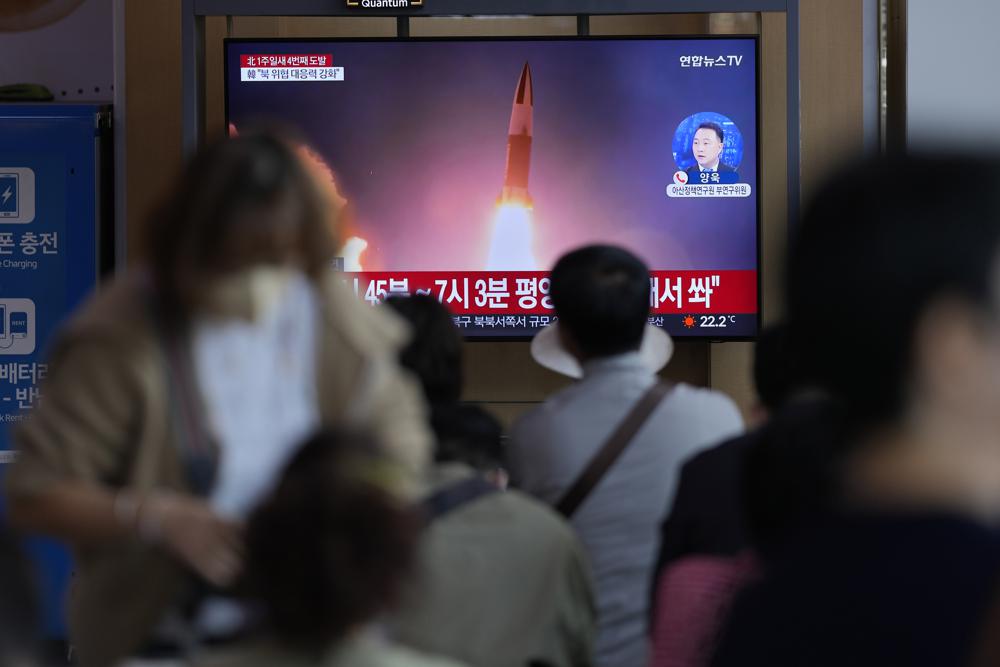 North Korea on Saturday test-fired two short-range ballistic missiles, its neighbors said, the fourth round this week of weapons launches that prompted quick, strong condemnation from its rivals.

In an unusually strong rebuke of North Korea’s weapons programs, South Korean President Yoon Suk Yeol said North Korea’s “obsession” with nuclear weapons is deepening the suffering of its own people, and warned of an “overwhelming response” from South Korean and U.S. militaries should such weapons be used.

“North Korea hasn’t abandoned its obsession with nukes and missiles despite the persistent international objection in the past 30 years,” Yoon said during an Armed Forces Day ceremony at the military headquarters in central South Korea. “The development of nuclear weapons will plunge the lives of North Korean people in further pains.”

“If North Korea attempts to use nukes, it’ll face a resolute, overwhelming response by the South Korea-U.S. alliance and our military,” Yoon said.

The North’s testing spree this week is seen as a response to recent naval drills between South Korea and the United States and their other training that involved Japan. North Korea views such military exercises by the allies as an invasion rehearsal and argues they reveal U.S. and South Korean “double standards” because they brand the North’s weapons tests as provocation.