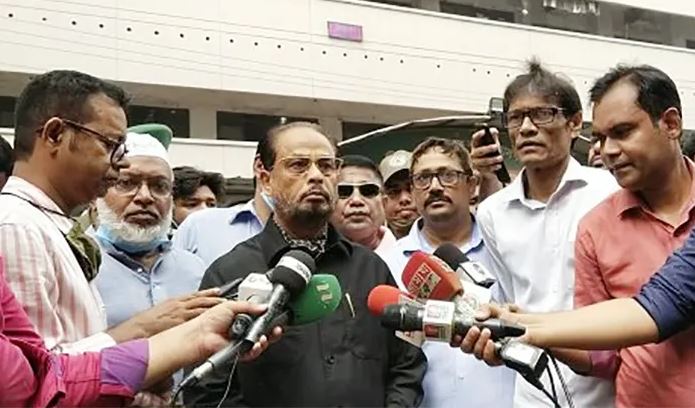 Jatiya Party Chairman GM Quader on Saturday said that he received a message from the ruling party that the next general elections will be held by force.
He made the remark after visiting his party’s leader Shafiqul Islam, who lost his leg during an attack by the terrorists at Mathbaria upazila in Projpur, at Dhaka Medical College Hospital.
GM Quader said, “We are getting such a message that from the ruling party that the next election will be held by force. It is very unfortunate, we believe in systemic politics. We don’t believe in any kinds of violence.”
The JaPa chairman further said, “We must have freedom of speech. There should be space for holding meeting, rally and protest. If we are obstructed in getting these rights then normal politics cannot continue.”
“There would be no scope of doing normal politics finally. The matter is causing danger of disaster for our country.”
About the injured leader, GM Quader said, “The condition of the patient is very bad. He has multiple injuries in the body. The left ankle of hid body is severed. His condition seemed alarming but doctors said that he is in stable condition now.”
GM Quader said, “The politics of the country should be continued in a normal way. The country became independent to turn it as a democratic country. For which the name of this country is People’s Republic of Bangladesh.”
29
Share