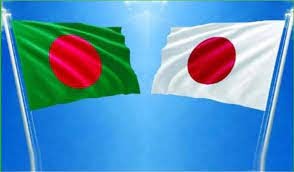 Newly appointed Bangladesh Ambassador to Japan Sahabuddin Ahmed on Sunday vowed to work diligently to deepen Dhaka-Tokyo ties as well as to ensure welfare of Bangladeshis expatriate living there.

He made the remark while holding an introductory meeting with the expatriate Bangladeshi living in Japan at the Bangabandhu auditorium of the mission, according to a message received in Dhaka.

He sought cooperation from all concerned to discharge his duties at the meeting, the first discussion with Bangladeshi community after he assumed charge.

Expressing deep gratitude to Prime Minister Sheikh Hasina to entrust him with this responsibility, he recalled the unparalleled contributions of the Father of the Nation Bangabandhu Sheikh Mujibur Rahman, great sacrifices made by the National Four Leaders, the valiant freedom fighters and the women, who lost their dignity during the Liberation War in 1971.

Ahmed informed the community that despite, COVID-19 pandemic, Tokyo mission, following the health rules, had undertaken many events marking the ‘Mujib Year’.

He also invited the expats to visit the newly launched ‘Bangabandhu Corner’ established on the third floor of the building.

Members of Bangladeshi community welcomed the ambassador in Japan with bouquets of flowers.

Later, community members participated in an open discussion where they welcomed the ambassador and placed various suggestions and demands to him.

Ambassador gave a patient hearing and assurance them of extending best possible services to them.