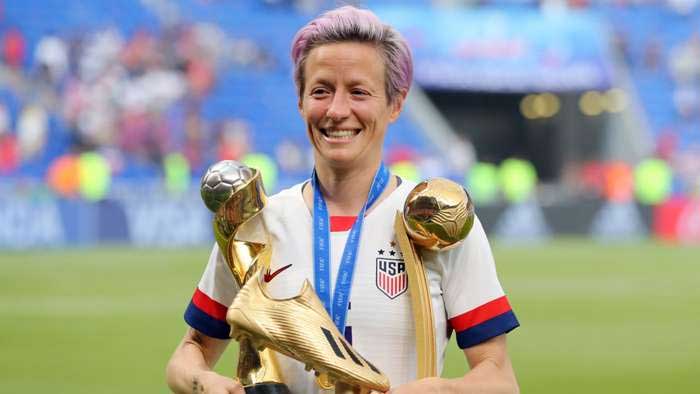 Lionel Messi and Cristiano Ronaldo should use their “stupendous popularity” to help in the fight against racism, according to World Cup winner Megan Rapinoe.

The American star, who is presently a free agent, is known for her outspoken views on political matters and believes that the pair who have dominated men’s world football over the course of the last decade should take a more active role in supporting social matters.

While both have previously taken part in anti-racism initiatives set up by UEFA, for example, she believes this has been little more than a token effort.

“They could do so much if they decided to use their stupendous level of popularity to fight racism, for example,” she told L’Equipe Mag. “I’m not talking about wearing a Black Lives Matter T-shirt, I’m talking about going deeper.”

She was asked what advice she would give to the coming generation, with Kylian Mbappe pinpointed.

“I hope he understands the impact he can have, and how this influence can prove to be formidable for himself,” she said. “He came into the world with an extraordinary gift which allows him to lead an extraordinary, very comfortable life. Perhaps he can ask himself how to establish a balance, how to inspire youth.

“I hope he understands that he can change the world, that it is not just an empty idea. Sometimes you decide for yourself to change the world, sometimes it falls on you. If you want to be the king, then be the best king you can be.”

Stars in other sports have led the way, according to Rapinoe, who now wants football to follow.

“Lewis Hamilton’s willingness to speak out is incredible, not to mention LeBron James, as they are at the centre of colossal economic powers,” she explained, speaking of the F1 world champion and the NBA superstar.

“Naomi Osaka, who at the US Open wore masks with the names of black people killed by US police like Breonna Taylor and George Floyd. In the middle of tennis the tennis world, which is so white!