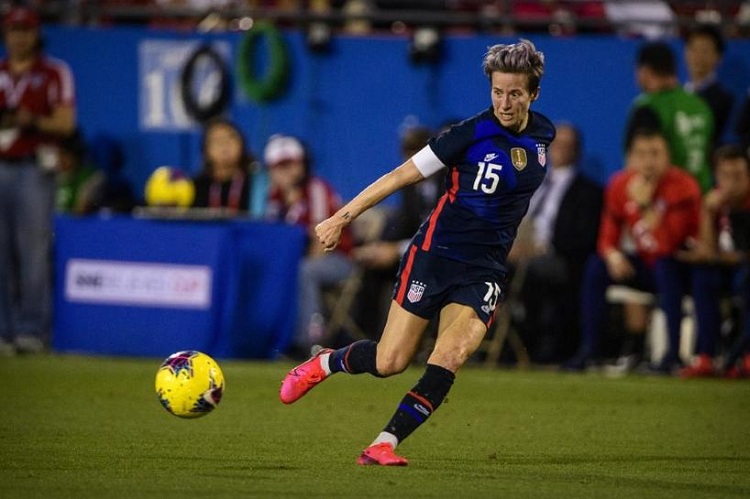 World Cup-winning US midfielder Megan Rapinoe has denounced the lack of investment in women’s soccer around the world, saying it is “disgraceful” that a club like Manchester United had taken so long to revive their team.
United faced criticism for not forming a team after their women’s side was scrapped in 2005 and were granted a licence to play in the second tier Championship in 2018.

The team immediately earned promotion to the Women’s Super League (WSL) and finished fourth in their maiden campaign in the top flight. They lead the table after six games this season following Sunday’s 1-0 win over Arsenal.

“Women’s football in England is the same as in America. It’s so far behind because of what we’ve had to overcome in the lack of investment,” Rapinoe told the BBC.

“It’s 2020. How long has the Premier League been around? And we’re only just seeing a club like Manchester United put effort and pounds towards a women’s team? Frankly, it’s disgraceful.”

Several US women’s international players have joined the WSL this season with Tobin Heath and Christen Press signing for United, Rose Lavelle and Sam Mewis moving to Manchester City and Alex Morgan sealing a loan switch to Tottenham Hotspur.

Rapinoe, who claimed the Ballon d’Or in 2019 after a career-defining year in which she won her second World Cup title, opted out of National Women’s Soccer League competitions this year.

“I’ve had a few teammates go abroad and play, while I’m training and trying to keep fit in the hopes that eventually we’ll be out of this hellscape,” Rapinoe said.