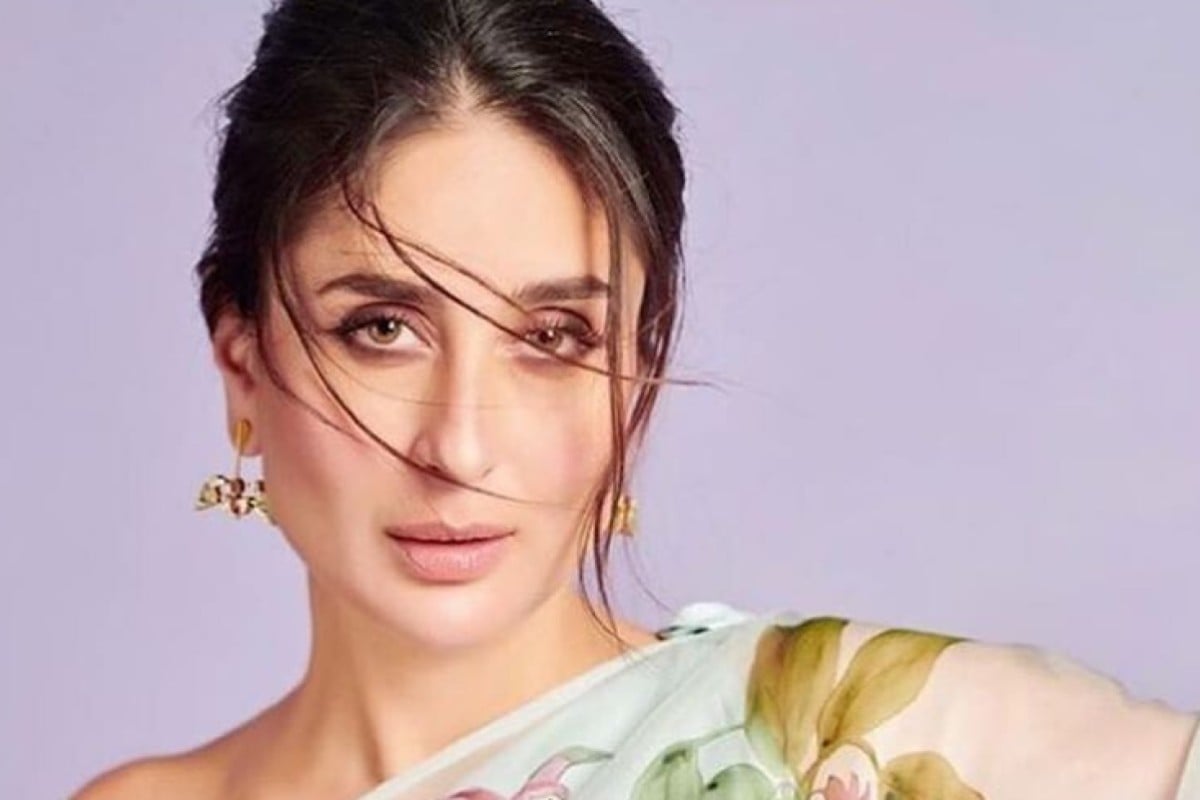 Ever since Bollywood actress Kareena Kapoor Khan has announced the news of her second pregnancy, all eyes have been on her, owing to her pregnancy glow and stunning maternity picks. When Kareena was pregnant with her first child, Taimur Ali Khan, the actress had ably set new style goals for moms-to-be all around and this time is no different. Kareena, who is often snapped out and about the city for her various work commitments, never fails to miss the mark when it comes to fashion.

Earlier today, the mom-to-be was photographed for an interview in Mumbai. For her outing, Kareena chose a simple yet stylish striped dress. Keeping it light and breezy in the shades of white, grey and blue, Kareena looked chic in her dress, which was further accentuated by a collar.

The mom-to-be kept her makeup minimum and left her hair open. Posing for the paps, who were waiting to click the actress, Kareena struck many poses. While in snaps she had her mask on, others saw her holding her mask in her hand. 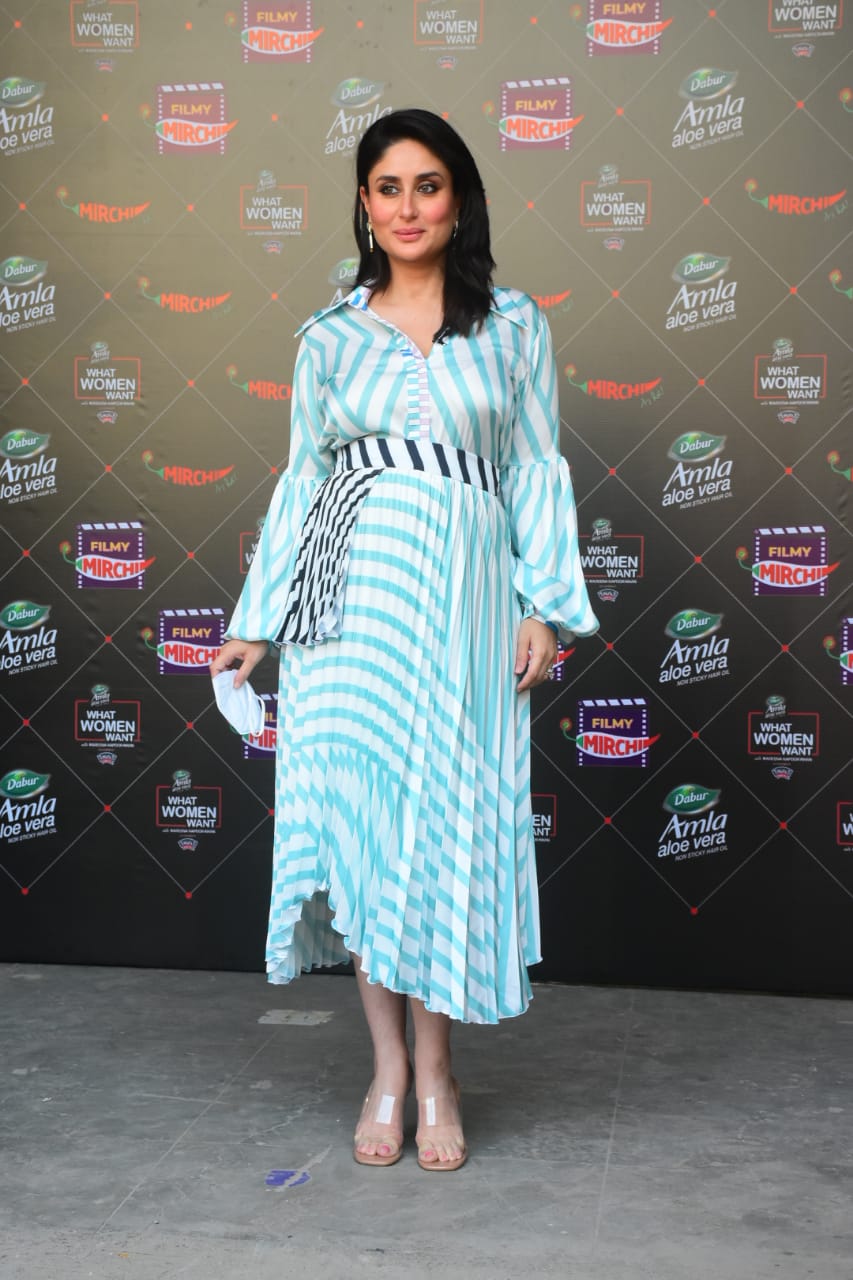 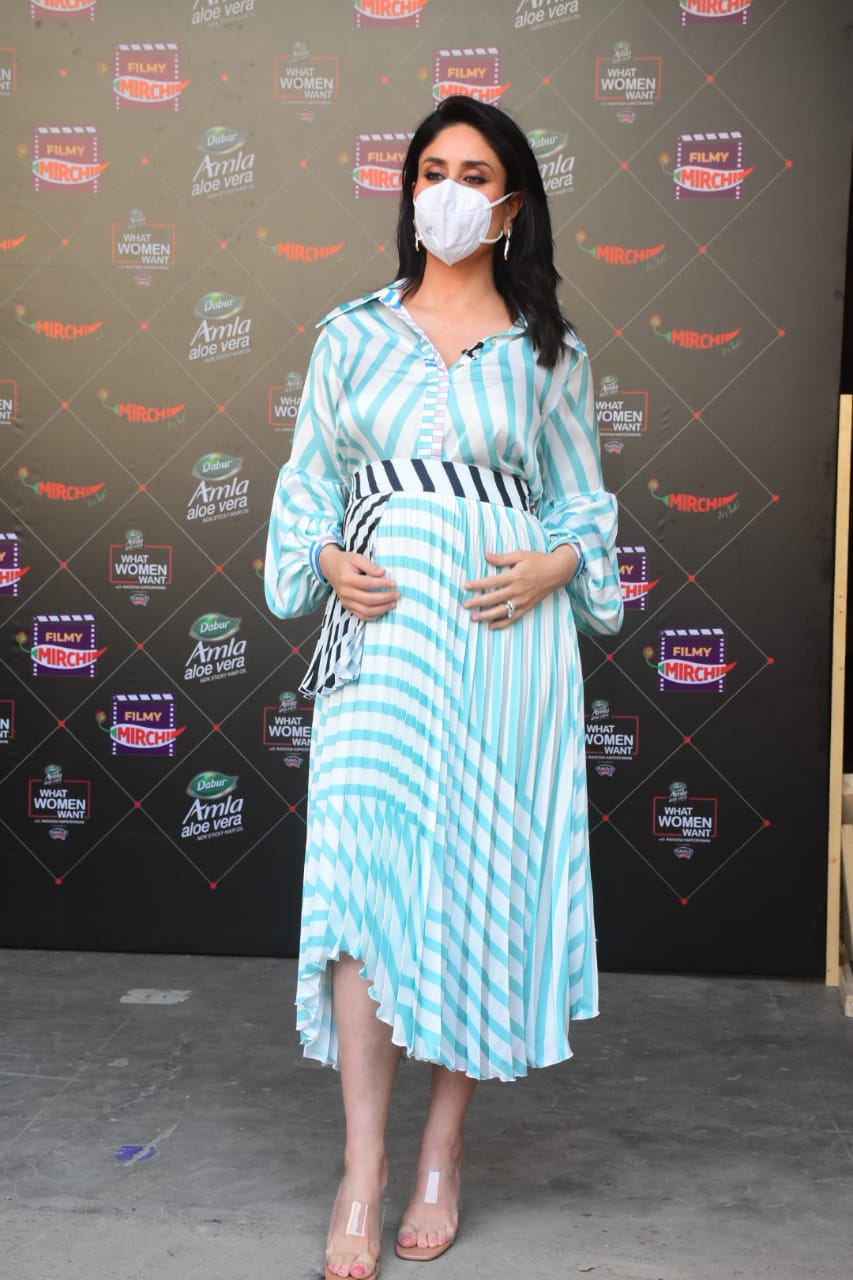 Just last night, Kareena’s BFF Malaika Arora was spotted arriving at her residence. Turning her regular outing into a rather glamorous one, Malaika was seen sporting a red hot backless jumpsuit. The diva had tied her hair back in a bun.

As for Kareena, the actress is expecting her second baby with husband Saif Ali Khan. Much to the delight of their fans, Kareena and Saif announced the happy news with an official statement a while ago. The mom-to-be is keeping herself busy with a plethora of ad shoots among other things.